The first DLC pack for Race Driver: GRID has been announced. Called the ‘8 Ball’ pack, it will contain eight new cars including the Honda S2000, McLaren F1 GTR, and Volvo C30. Also included will be two additional online events to take part in. The 8 Ball pack will be available sometime near the end of this year.

Official Release:
Codemasters today announced the forthcoming release of the first downloadable content pack for Race Driver: GRID&#8482;, the summer&#8217;s hit game that made racing exciting again, with the reveal of the &#8216;8 Ball&#8217; pack coming this autumn for the Xbox 360&#174; video game and entertainment system from Microsoft&#174; and the PlayStation&#174;3 computer entertainment system.

Enhancing the award-winning Race Driver: GRID, the premium 8 Ball pack is set to feature eight thrilling new cars to race and two new online events to compete in. Each vehicle is beautifully realised and was carefully selected as a thoroughbred racing car with a unique personality to deliver a stunning race experience. 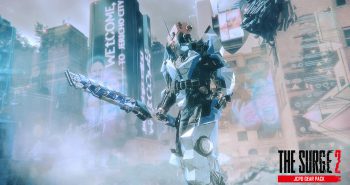