Let me preface this by saying I have been a fan of the Stronghold series since the beginning. In fact, since the very beginning back when it was an SSI title in 1993. That title was a bit too early to really impress anyone as computer gaming was still very young. However, a new Stronghold really sparked the interest of the real-time strategy fans out there back in 2001. It had large armies, historical accuracy, and a large part of the game was centered around building your castle. In 2002, Stronghold Crusader was released. Basically, SC was a stand-alone, updated version of Stronghold with a new setting (the Middle-East during the Crusades), new characters, and new units. Now, Firefly Studios has issued a new version of the game, called Stronghold Crusader Extreme.

theGameplay
The biggest changes with this edition of the title are the ‘Extreme’ modes. The game comes with two different executable files. One will load the original Stronghold Crusader and, the other, SCE. In the extreme edition you will find the ‘extreme trail’ mode of play along with custom campaigns. In the extreme trail mode, 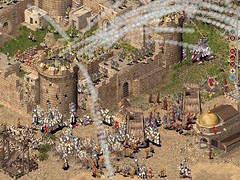 you play out 20 pre-defined missions on a linear path using the limited resournces allocated to you at the beginning of each mission. You get a one minute period of time to build what you can before combat is allowed and man oh man… The new extreme trail mode is extremely tough. I recommend new players to the franchise start with the base Stronghold Crusader game until you get good and used to the game mechanics which are definitely a bit more involved that most RTS titles.

In SCE, your buildings actually have prerequisites and dependencies in the way of resources and other buildings in order to function. This adds a very strategic layer to gameplay that, while veterans of the series will be used to, newbies will finally get the chance to enjoy too. Along with the extreme trail mode, Firefly has also enhanced the ‘tactical abilities’ in the title. These are special god-like powers you wield as the commander of your troops and can range from arrow volleys from the heavens to reinforcement drops to…well tons of others.

Firefly has also raised the maximum number of units from 1,000 in the base game to 10,000 in the extreme edition. That’s right: Ten Thousand! I don’t know of ANY other game that has a unit cap that high. Now, you would think that 10,000 units would slow down your rig, right? Well because the game is six years old at its core, you should have no problems and when the action gets going it is truly a sight to behold with tons of arrows, catapults, etc.

theGraphics
Which brings us to the sight of the game. Unfortunately, this is one area where the edition is a let-down. They are still using the original artwork and resolution modes from the original game (800×600 and 1024×768). 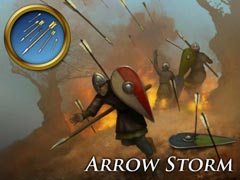 I was looking forward to a texture resolution increase, but I guess we will have to wait for Stronghold 3. I play on a 24-inch widescreen LCD and the stretching, rough edges, and tears were very apparent. I would recommend using a smaller monitor that is closer to 1024×768 to fully enjoy the hand-made artwork that inhabits this title.

theSound
Sound has always been a bit sparse in the Stronghold series, and this is no exception. They are adequate and do the job, but are nothing out of this world.

theOverall
Stronghold Crusader Extreme is a fun game to tide you over until Stronghold 3 comes out. Unfortunately, it is plagued by its age in many areas, however still manages to offer up some new tweaks and challenges, especially for veterans of the series. 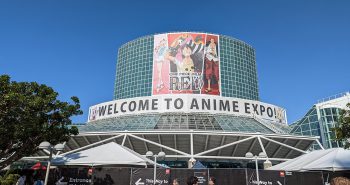