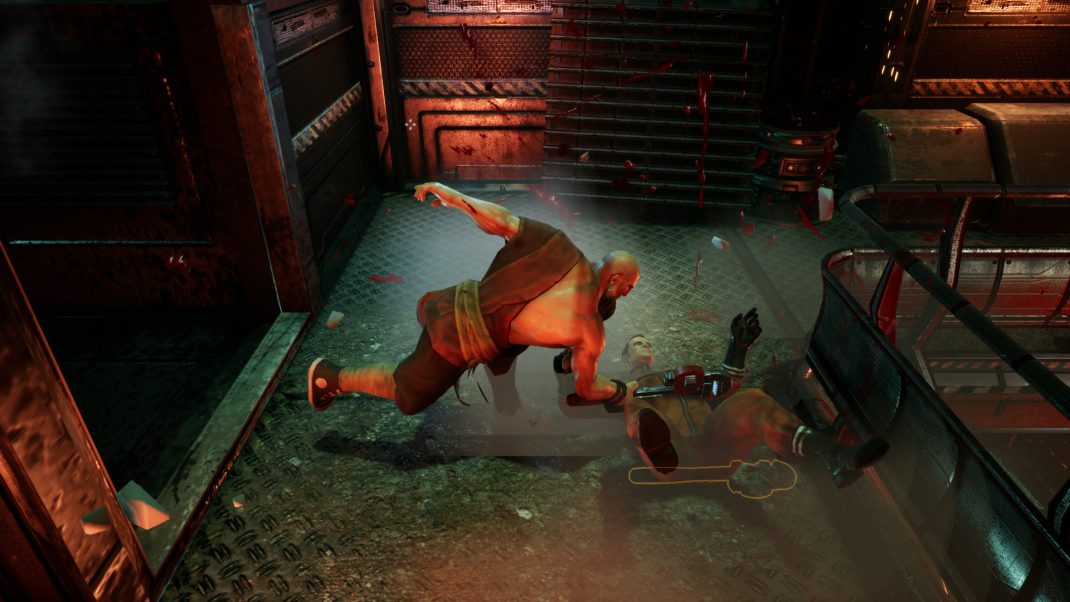 One of the best things to ever happen to gaming I believe is Steam’s Project Greenlight.  Games that would have failed to be seen or even fully produced found their fans and funding through this way.  This is a hotly debated topic since Project Greenlight is going away, but it is nice that it brought us REDEEMER before it leaves. I’m not taking an editorial stand here on whether moving away from Greenlight is a good or bad thing, I am just happy it managed to bring us this top-down gore filled action title.

In REDEEMER, you play as an elite operative who once worked for one of the biggest arms industry corporations in the world. Officially working in security you was tasked with infiltration, assassination, extortion and even torturing. You managed to escape this life and live a peaceful one among monks who showed you the path to harmony.  Unfortunately his former corporation didn’t look kindly on his retirement and have come to retire him and all the monks permanently… 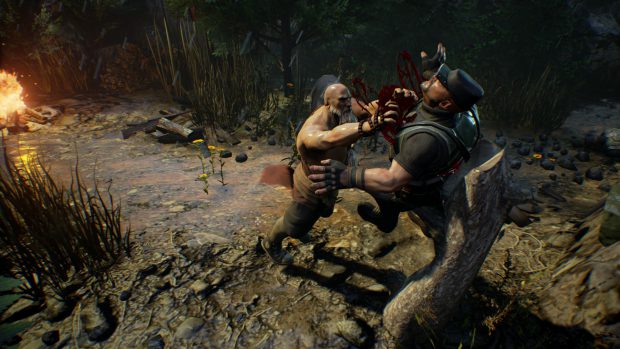 It starts easy enough, a few guys to fight in each room, some combating you with their fists and some using cattle prods.  You start with only your hands and what the environment provides such as a chair here or a crate there, you can even ram their heads into walls, fires, ornate objects. When you take out an enemy with a weapon you can pick up the weapon but everyone of them have limited durability or armor and you throw them away after their usefulness wears out.  So you are constantly grabbing a weapon, using it up then grabbing another, generally from the merc you just killed.  You also keep track of where more than one weapon dropped in case you have to backtrack and pick up some more.  Another good way of getting a weapon is watching which direction the enemy is facing and coming up behind them and doing a sneak execution.  Then their weapon is at max durability from not being used and gives you a little more fight.

You can only hold one melee weapon at a time and one range weapon, so you generally want to pick up the best durability ax and most ammo pistol for example because once those are done you are fighting with your hands and the environment such as chairs until you get more weapons.  Something I like to do is once I have cleared a couple of room of all the mercs I check and pick up the best weapons then I grab a chair or a crate so that technically I will have three weapons starting off the next fight.  You pick a target, throw that chair and then decide if you want to empty your pistol or start zapping them with the prod.  You can also pick environmental things while you are at it because those tend to have the most beautiful Rorschach blood patterns. 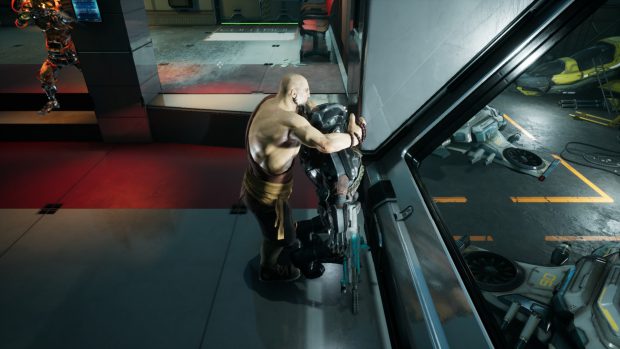 The levels are all varied and have beautiful details scattered throughout.  It would have been easy to make the levels more sparse because a lot of people will probably be plowing through as fast as they can but, for those of us who take the time to notice, the details and sound quality are really well done.  One reason you might see a room a lot is the save points are kinda far apart, especially when it comes to a difficult group to fight, you might be all jazzed you got past a rough spot and you get killed right after that spot, only to have it send you back quite a ways.

After you get past certain levels in the game, it unlocks Arena fights, which are wave based matches on the map you just cleared.  They come from all different directions with increasingly tough weapons but it is a bunch of frenzied fun.

When it comes to the PC there is a decision to make on how to play it: Using a game controller or not.  I think it was initially made with a game controller in mind because all the onscreen hints are for a controller.  Looking into the controls you can find all of them and most of them are fairly obvious and once you get used to them you maneuver and aim just fine.  I played part of the game using each style, game controller and keyboard / mouse. Both were fine but I think I preferred the game controller just a bit more (which is usually not the case).

REDEEMER is an amazingly fun top-down gore ride into righteous fury. I never got tired of smashing, bashing, and splatting all the mercenaries who have showed up to disturb my chill.  May you have the same road to redemption blast.