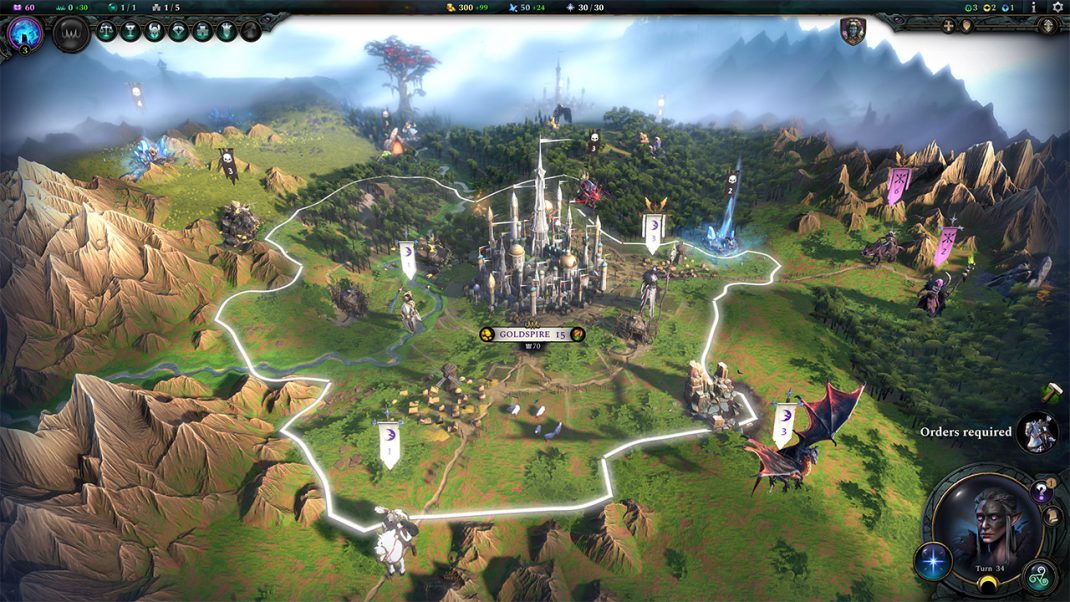 Age of Wonders 4 Announced with Trailer

Paradox Interactive, a developer and publisher of wondrous games for all ages, today revealed a new game from Triumph Studios: Age of Wonders 4. The first sequel in nine years for the award-winning Age of Wonders fantasy strategy game series brings new levels of customization and replayability to the games’ iconic empire-building, role-playing, and best-in-class tactical combat. Age of Wonders 4 will launch on May 2, 2023 for PlayStation®5, Xbox Series X and S, and PC.

“For 25 years now, Triumph has been exploring new places to take our original fantasy strategy series, and the fans who have taken the journey with us have made it a rewarding endeavor,” said Lennart Sas, Co-founder of Triumph Studios and Director of Age of Wonders 4. “Even after all this time, we’re still adding amazing new ideas to Age of Wonders, and whether you’ve been playing since the beginning or ready to visit our worlds for the first time, you’re about to experience something special.”

Age of Wonders 4 invites players to rule a fantasy realm of their own design, in a blend of strategy, role-playing, and turn-based combat. Powerful Wizard Kings have returned to the realms to reign as gods among mortals, and players will rise to challenge their rule using Tomes of Magic to unleash arcane destruction and evolve their armies, gaining new abilities and forms. For the first time in the series, players can create their own custom factions, and leave their mark on countless worlds through each choice they make.

Features of Age of Wonders 4 will include:

Age of Wonders 4 can be wishlisted now at https://store.steampowered.com/app/1669000/Age_of_Wonders_4.

For more information about Age of Wonders 4, visit https://www.paradoxinteractive.com/games/age-of-wonders-4/about.