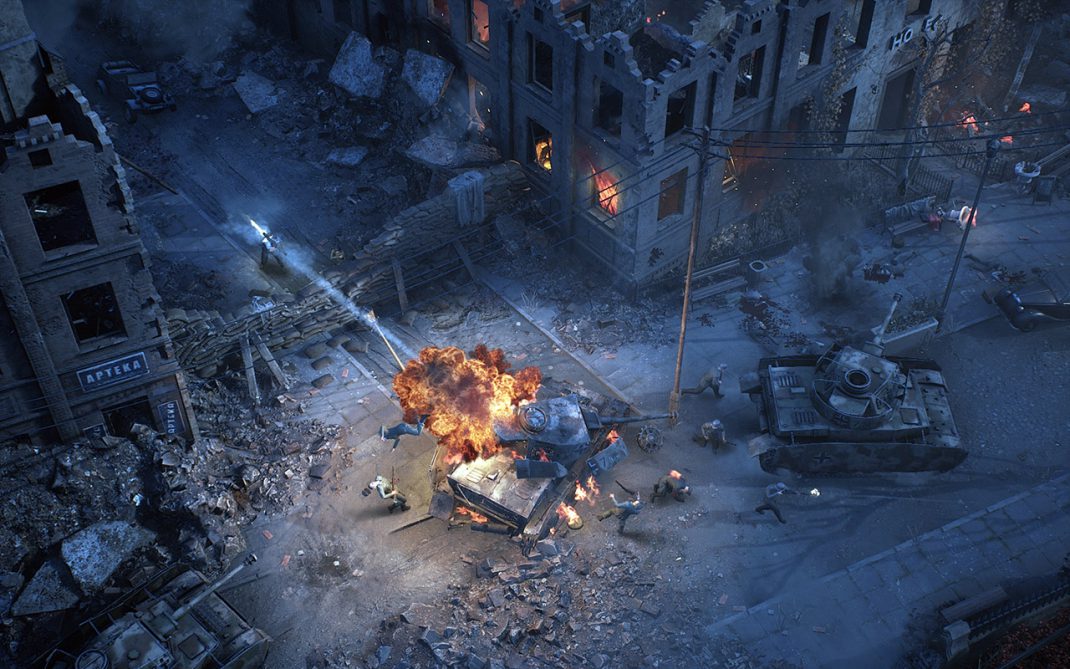 Leading publisher Meridiem Games is excited to announce they will be releasing a special boxed Renegade Edition of War Mongrels for PlayStation 5. Developed and digitally distributed by Destructive Creations, War Mongrels is a gripping isometric real-time tactics game depicting the little-known side of World War II through the eyes of a group of disillusioned refugees struggling to survive on the Eastern Front.

Meridiem Games will be responsible for the design, manufacture and European distribution of the special boxed edition of War Mongrels and has created a striking Renegade Edition containing a digital soundtrack from the game, an art book featuring detailed bio’s of the characters in a specially designed case with exclusive artwork.

After defecting to the Third Reich, a group of disillusioned fugitives struggle to survive the brutal trials of the Eastern Front of World War II. As they sneak across the war-torn territory, they will have to confront an evil that challenges not only their values and ideals but all of humanity. 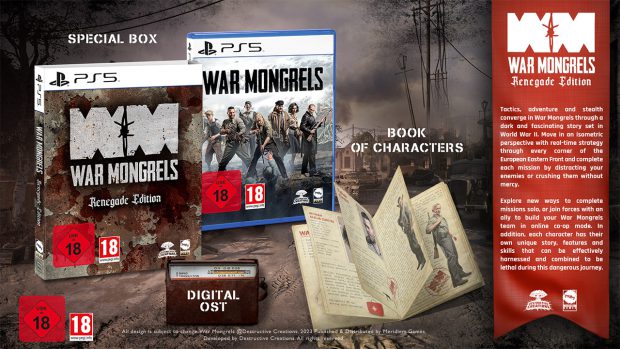 Discover a little-known side of World War II through the harrowing campaign of War Mongrels. Accompanying the visceral action are animated scenes that expand on the story, inspired by real accounts from survivors and war historians. Seeking authenticity in the details of uniforms, regional terrain, newspaper articles and everything in between.

Developer Destructive Creations aims to shed light on aspects of World War II that rarely appear in history books. All content in War Mongrels was subjected to careful and thorough scrutiny, with references to a wide range of historical sources, verified by history consultants Michał Flont, Jack Cuccurullo, and endorsed by independent historians from around the world.