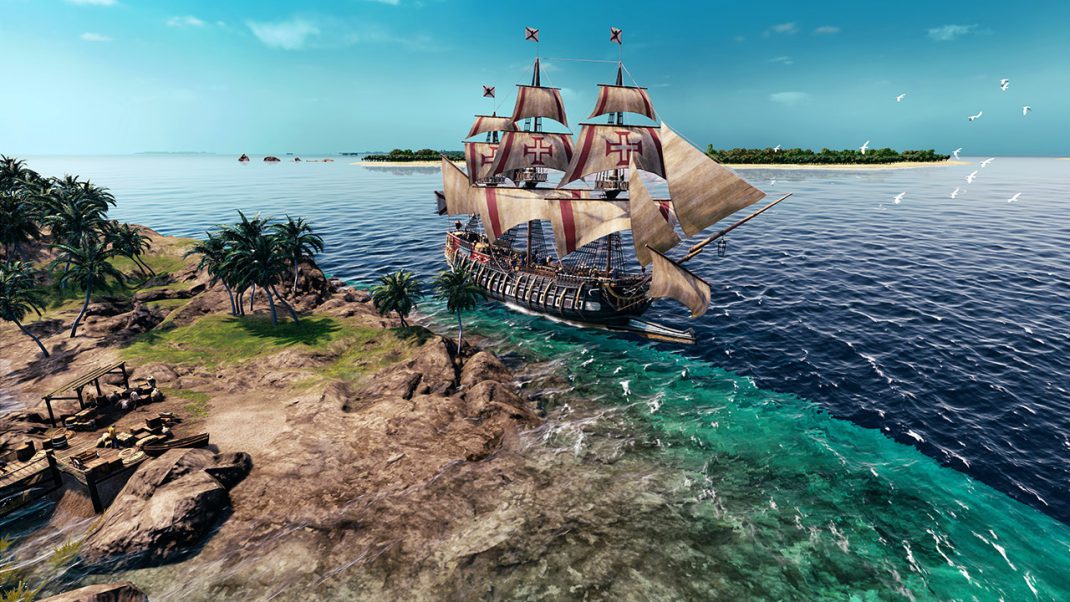 Tortuga – A Pirate’s Tale, the pirate strategy game published by Kalypso Media and developed in-house by Gaming Minds Studios, has launched today. Rally your crew and prepare to set sail because the brand-new title is now available digitally on PC exclusively at the Epic Games Store, and on PlayStation 4|5, Xbox One and Xbox Series X|S consoles. Are ye brave enough? It’s time to see if ye truly have what it takes to become the greatest pirate in the Caribbean!

It’s a wide world out there and in Tortuga – A Pirate’s Tale there is much to be explored. Set your sights on gold and glory as you weigh anchor and set sail on the beautiful Caribbean Sea. Choose from 18 unique ship types and customize distinct features to ensure your formidable fleet is feared from afar. The seas may be vast, but you are never truly alone, and it won’t be long before you encounter enemies on your path to eternal glory. Sink ships and build your stash of stolen booty as you take on trading convoys in tactical turn-based naval battles and parley with infamous pirate legends. With the sea on your side and enough gold, you should surely be able to keep your crew happy. But be warned! Even an invincible fleet might not be enough to withstand the whispers of mutiny from the decks below.

Destiny awaits me hearties! Climb aboard the ship and set sail in Tortuga – A Pirate’s Tale, out now on PC exclusively at the Epic Games Store and on PlayStation 4|5, Xbox One and Xbox Series X|S consoles. For the first week, prospective pirates can plunder the Caribbean with a 10% launch discount on the Epic, Microsoft and Sony (for PlayStation®Plus subscribers) stores.