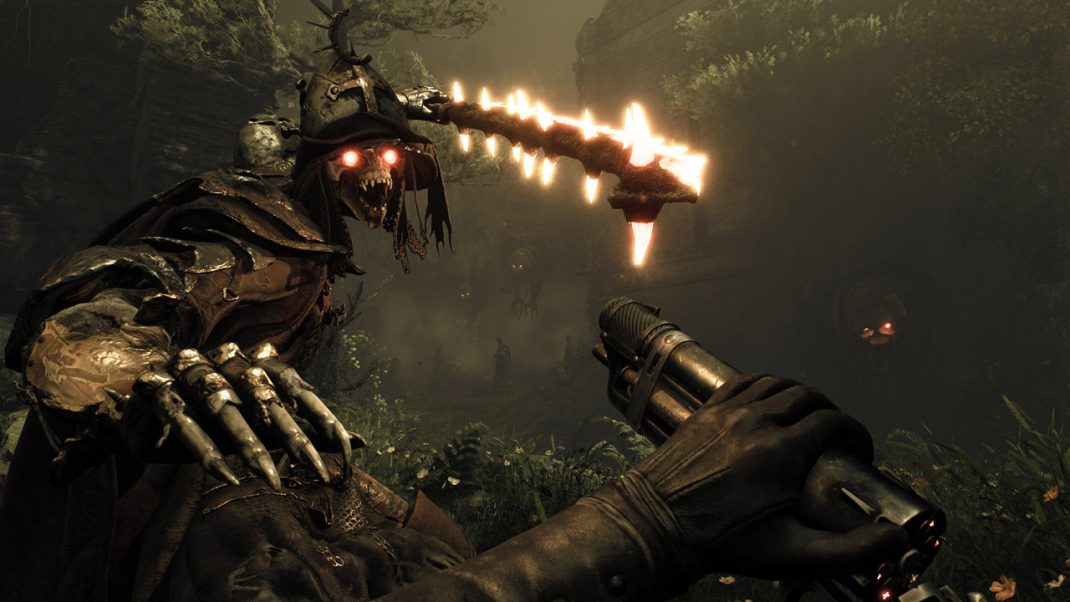 Adrian Chmielarz, Creative Director and Co-Founder of The Astronauts explains his perspective on how the DLSS 3 technology will affect Witchfire development:

“You start the game, push all graphics options to the max. You enjoy it for a while but then, especially if it’s an action game, you realize that the framerate is king. So you start lowering the quality of visuals in order to achieve that smooth gameplay. DLSS 3 allows the seemingly impossible, high framerate without compromising the visuals. A no brainer for a game like Witchfire, which is both action and beauty.”

From the creators of Painkiller and Bulletstorm, Witchfire is a first-person shooter set in a grimdark fantasy world in which a deadly war rages between powerful witches and the Church. In this alternate reality, witches are very real and very dangerous— but so is the witch hunter. Armed by Vatican sorcerers, players wield an ungodly array of guns and forbidden magic as they combat dark terrors on behalf of their shadowy benefactors.

After shifting development from arena-style fighting to open-level combat, Witchfire is on track for a release to Early Access this year. For further details on an Early Access release date and upcoming Witchfire news, follow the team on Facebook, join the conversation on Twitter, or wishlist the game on the Epic Games Store.