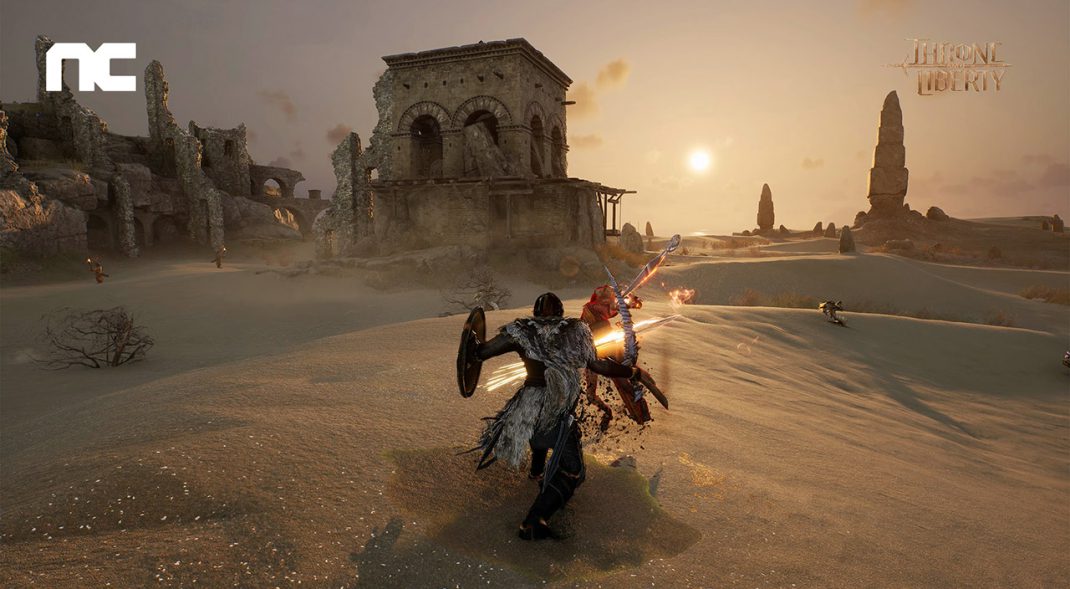 To showcase new details about NCSOFT’s newest flagship IP, THRONE AND LIBERTY (TL), NC chief creative officer Taekjin Kim, along with principal development management officer Moonyoung Choi unveiled the latest about the game during a livestream Director’s Preview on the company’s official YouTube channel. TL is a next-gen massively multiplayer online roleplaying game (MMORPG), coming to the global market in the first half of 2023 on PC and consoles.

In the Director’s Preview, CCO Taekjin Kim declared that “TL is an MMORPG for all players across nationalities and generations.” Kim also added, “Developed under the slogan of ‘Play For All’, TL will be available on the best platforms for players to enjoy TL, and that is both PC and console.”

Further in the preview, producer Jongok Ahn and game design director Moonseop Lee revealed more about TL’s key features and details. They demonstrated how TL is a seamless living world and dungeons that change depending on the weather condition and surrounding environments. The MMORPG has an immersive narrative where the past, present, and future are connected. The game also features a “Free Class” system, where player roles are decided by the weapons of their choice, and a PvP (Player versus player) combat system that allows players to decide whether they want to engage or not.

PDMO Moonyoung Choi further defined the direction of TL’s game service. As Choi described, “all aspects of TL are aligned with our service goal, ‘Play For All.’” Choi also stated that “TL offers unique UX and UI suitable for both PC and consoles, and also features precise character customization to meet the differing demands of our global playerbase.” TL’s ‘Memorial’ system adds to this by way of a sequential opening of content, customized according to player progress. For TL, streaming on mobile will also be available, enabling a further platform for players to keep up with their TL experience.

TL’s Director’s Preview is currently available to watch on the official NCSOFT YouTube channel. For the latest information on the game, players can also visit the official website to learn more: https://tl.plaync.com/