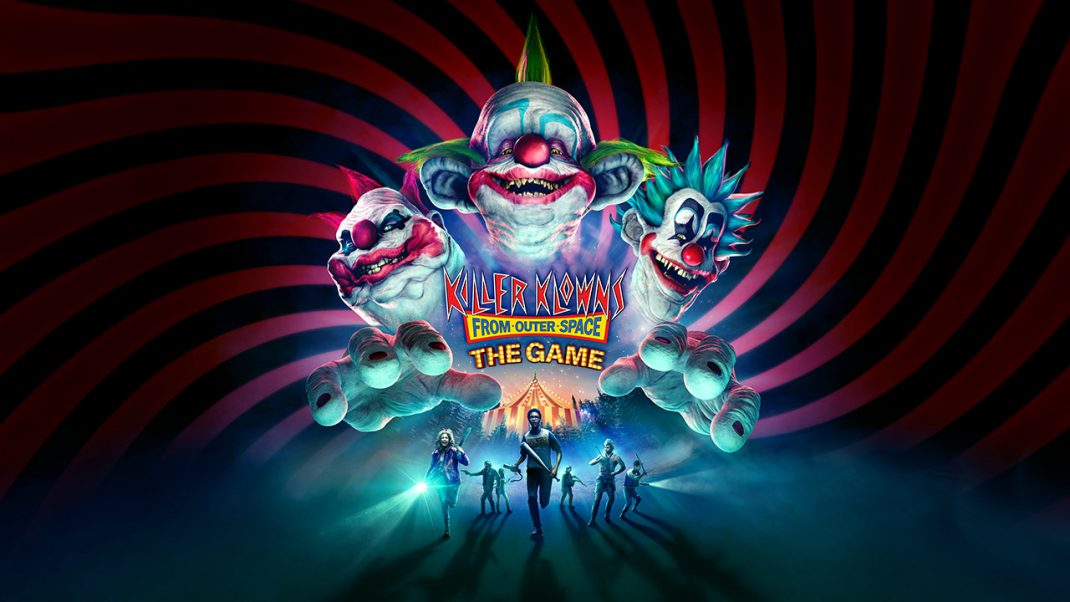 The main theme of Killer Klowns from Outer Space: The Game is based on the iconic ‘Klown March’, elevated by modern synths and hardcore guitar riffs. The game’s music is composed by the legendary John Massari, who created the original movie’s soundtrack as well.

Killer Klowns from Outer Space: The Game is a 3v7 asymmetrical multiplayer horror game based on the iconic 1988 cult horror classic film. When murderous alien Klowns come to feed on the quiet town of Crescent Cove, the locals must work together to fight back and survive the invasion. Players can team up as either Klowns or humans, choosing from a variety of character classes, to explore an expansive, ever-changing map with creepy surprises waiting around every corner.

Developed by Teravision Games, this playfully panic-inducing action experience faithfully recreates the atmosphere of the iconic movie and aims to stir up the asymmetrical multiplayer horror genre in multiple ways. The game is being developed as a live-service title, with multiple content updates planned for post-launch, and is expected to release in 2023 on Steam, PlayStation®5, Xbox Series X|S, PlayStation®4 and Xbox One.