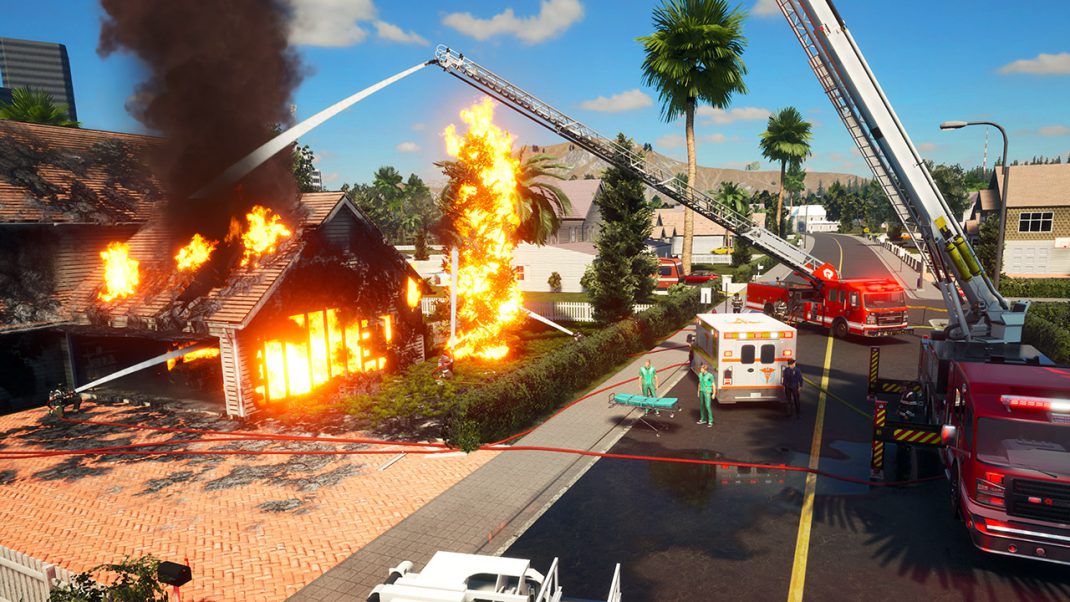 Firefighting Simulator – The Squad from astragon Entertainment and developer Chronos Unterhaltungssoftware is now available for consoles. Alone or in multiplayer with up to 4 players, the fight against fire now begins on PlayStation®4, Playstation®5, Xbox One and Xbox Series X|S.

In Firefighting Simulator – The Squad, players take on the battle against the flames alone or in multiplayer with up to 3 other virtual firefighters. In more than 40 varied missions, the virtual firefighters must scan the locations, assess the hazardous situation, and coordinate their own squad. The scenarios include forest fire, aircraft fire or fires in residential and industrial buildings with different fire sources.

Firefighting Simulator – The Squad is now available for PlayStation®4, Playstation®5, Xbox One and Xbox Series X|S and costs EUR 29.99/USD 29.99/GBP 24.99. A box version is planned in selected territories in 2023.