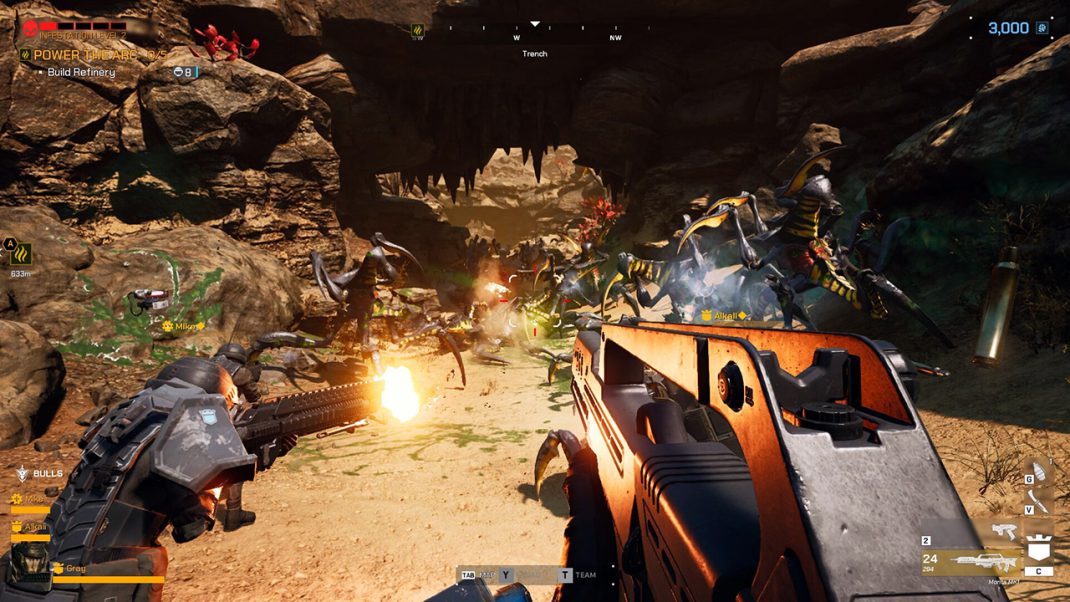 Offworld Industries, in collaboration with Sony Pictures Consumer Products, reveal Starship Troopers: Extermination. Players around the world will soon be called to do their part against the Arachnid threat when this frenetic 12-player, squad-based co-op FPS inspired by the 1997 cult classic film arrives in Steam Early Access on PC in 2023.

Would you like to know more? Watch the teaser below!

Starship Troopers: Extermination puts players on the far-off front lines in an all-out assault against the Arachnid menace. Squad up as a Trooper in the Deep Space Vanguard, an elite Special Forces group within the Mobile Infantry. And get ready to stomp some Bug because no Trooper will ever stand alone as they line up shoulder-to-shoulder with their fellow Vanguards—trusty Morita Assault Rifles in hand—to battle against hordes of bloodthirsty insectoid aliens on the hostile surface of the planet Valaka.

Work together to complete objectives, acquire resources, build and defend your base of operations, and then escape to the extraction point together. The battle will be intense but, as hardened warriors standing for all of humanity and the United Citizen Federation, leave no inch of ground safe for the Arachnids!

Suit up and ship out, Troopers! After all, the only good Bug is a dead Bug!