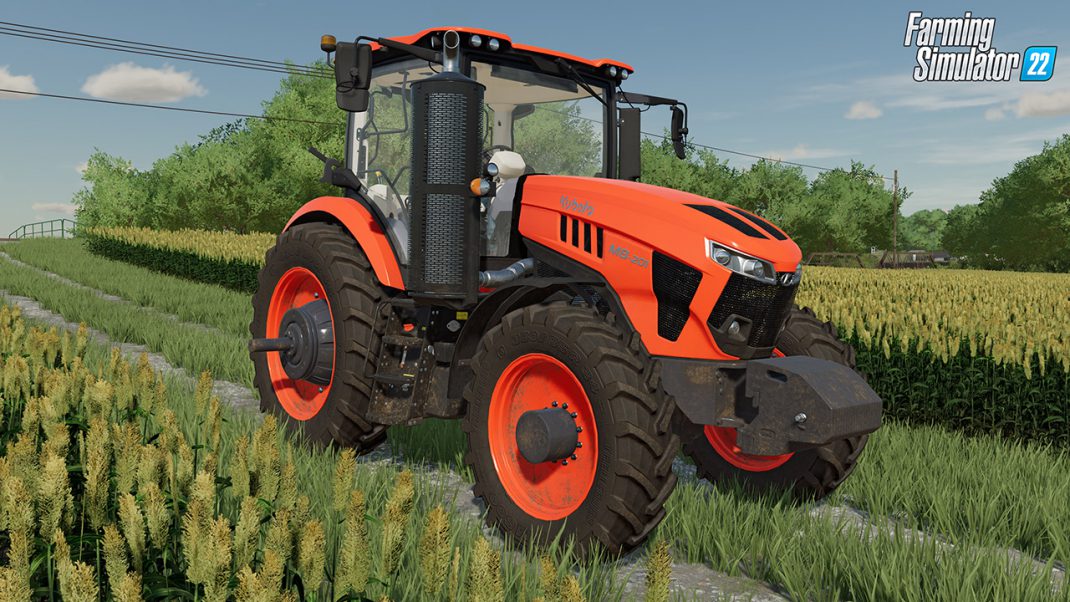 GIANTS Software upgrades the family-friendly agricultural simulation by releasing the Platinum Expansion and Platinum Edition of Farming Simulator 22. Furthermore, the publisher and developer have over four million copies sold globally since the base game was released almost exactly one year ago. The launch trailer introduces virtual farmers to Silverrun Forest.

20,000 Trees and a Rollercoaster
With the Platinum Expansion, the forestry part of agriculture is heavily refined and extended – with 40+ new vehicles, tools & items from Volvo Group, IMPEX, John Deere, Koller, Komatsu, Pfanzelt, Schwarzmüller, WESTTECH and other renowned brands. The Platinum Edition combines the base game and expansion, driving the machine count to more than 500 authentically digitized vehicles and tools from over 150 real manufacturers.

Silverrun Forest, the most serene map by GIANTS Software so far, welcomes virtual business people with more than 20,000 trees, including sturdy sequoia trees and other new species. The atmospheric blend between agriculture, forestry, and recreational projects sees players shaping the character of the landscape by starting constructions – most impressive: a giant rollercoaster that is built by delivering resources.

Complex Machinery, Fun Logistics
Farmers harvest trees with state-of-the-art machines like the Volvo EC380DL and a variety of harvester heads. They drag logs through the dense forests with winches like the Pfanzelt Pm Trac and overcome impassable terrain with yarders like the Koller K 300-T which spans hundreds of meters of rope wires through the woods. With shipping containers, they deliver the logs to various new production plants or construction projects to build boats, dog houses, or furniture. Many new selling points and production sites are resident in Silverrun Forest.

New Milestone Reached
“One year since the initial release of Farming Simulator 22. One year full of additional content – lots of it completely free of charge – leading up to one of the gameplay-wise most ambitious expansions we ever did”, comments GIANTS Software’s Head of Publishing Boris Stefan.

Farming Simulator 22 – Platinum Edition is available for PC, Mac, PlayStation®5 (PS5™), Xbox Series X|S, PlayStation®4 and Xbox One – including the base game and the Platinum Expansion. A Year 1 Season Pass is available, containing the Platinum Expansion as well and extending the game with even more content. GIANTS Software will also continue to release free content updates and user-generated content on the official ModHub.