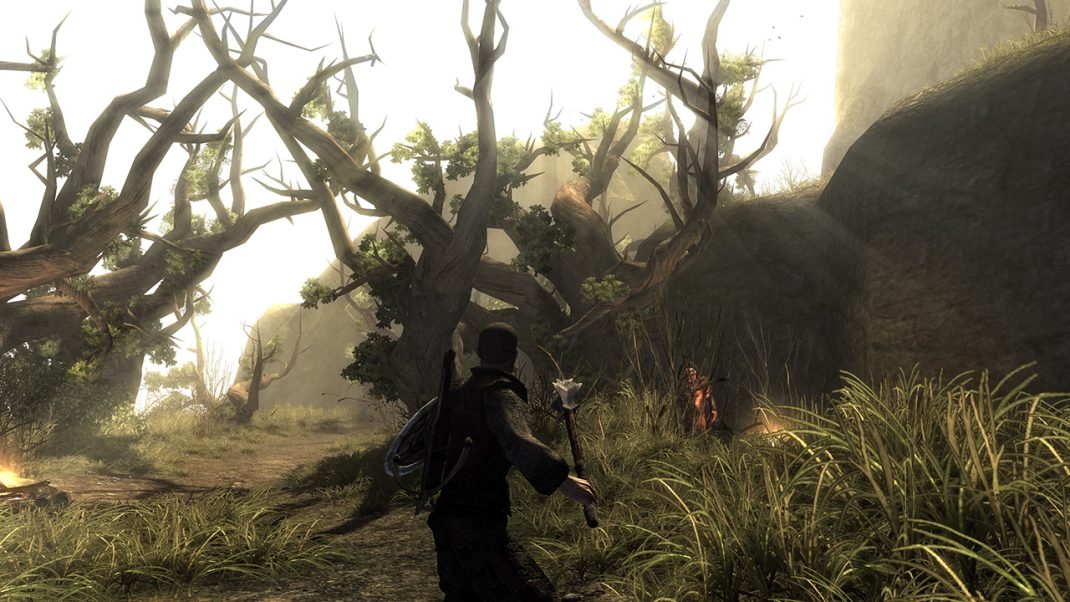 Risen Coming to Xbox One PS4 and Nintendo Switch

Faranga needs a new hero – will you heed the call? THQ Nordic is excited to announce that Risen is coming to PlayStation®4, Xbox One™, and Nintendo Switch on January 24, 2023. THQNordic has partnered exclusively with GameStop to bring Risen to PS4 and Switch players in North America. The Cult RPG that follows the game design direction of the early Gothic games will be finally running smooth and in its full quality on console platforms, while the old PC version will get a gamepad support update.

Delve into the gritty and atmospheric world of Risen, where every action has a consequence. Master the sword, learn the art of staff fighting, or become a powerful mage, forging your path across a land filled with mysterious earthquakes, fearsome monsters, and unimaginable treasures.

Explore the mysterious volcanic island Faranga and the heavy tremors which bode ill for its inhabitants. As ancient temples have risen from the ground, they are bringing with them bizarre creatures that terrorize the area – are you brave enough to face the dangers? Find yourself caught amidst rebellion, tyranny, and mystic rituals. It is up to you to decide which way the pendulum of fate will swing.