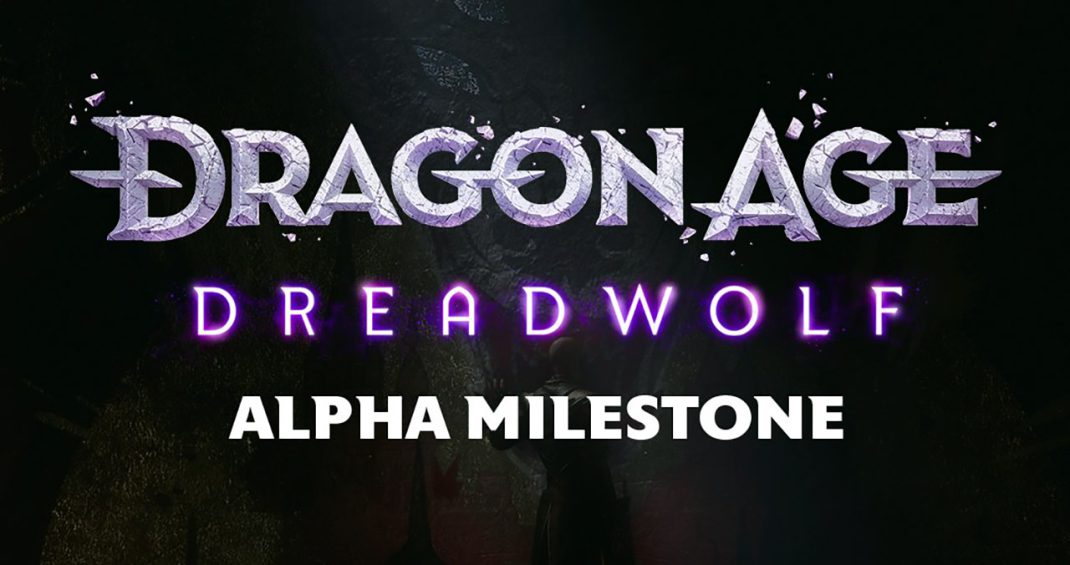 This morning, BioWare General Manager Gary McKay published the latest in his series of blogs updating fans on the current projects under way at the studio, this time focused on Dragon Age: Dreadwolf and the completion of its Alpha milestone.

In my last blog, back in February, I talked about the next Dragon Age™ game entering the production phase. Well, we’ve come a very long way since then, and the team is incredibly happy to announce a huge step forward in the development of the game you now know as Dragon Age: Dreadwolf™: We have just completed our Alpha milestone!

Up to this point, we’ve been working hard on the various parts of the game, but it’s not until the Alpha milestone that a game all comes together. Now, for the first time, we can experience the entire game, from the opening scenes of the first mission to the very end. We can see, hear, feel, and play everything as a cohesive experience.

Of course, the game is not finished by any means, but Alpha is one of the most important game development milestones for a number of reasons. First and foremost, we can now turn our sights toward bringing the visual fidelity to its final form and iterating on gameplay features. The big question now is, “Where do we focus our efforts?” To answer that, we solicit feedback from a number of sources, including our Community Council members who each have unique perspectives and experiences, our quality verification team, and extensive internal playtesting. Gathering feedback from multiple sources gives us the greatest insight on where we need to spend more time improving the experience.

Additionally, we can now evaluate the game’s pacing, how relationships evolve over time, and the player’s progression, as well as narrative cohesion—essentially how the story comes together. We can take the story we’ve written and see if we’re expressing it well through the characters, dialogue, cinematics, and ultimately, the player’s journey. Now that we have the ability to do a complete playthrough, we can iterate and polish on the things that matter most to our fans.

Hitting Alpha was the culmination of so much effort from the entire team and we used this milestone as an opportunity to come together and celebrate. We held a hybrid-style event with people onsite while others joined remotely and the team showcased their work to everyone at BioWare. We even took some time to do something fun and non-work related—a virtual escape room where we had to work together to help someone on camera find their way out. It was a really great time, and no matter where our devs are, it’s important to share these types of moments together.

Now that we’re finally able to experience the entire game, for me, my favorite part is the characters. Whether followers, allies, or villains, they’re woven into the game in ways that take a concept that’s always been a part of the Dragon Age DNA—stories about people—and push it further than ever before. The characters help contextualize the world and the stakes, and I can’t wait until we’re able to start really discussing them in depth.

It’s also exciting to finally be able to bring our fans to parts of the world that we’ve previously hinted at, but never been able to fully explore—like the city of Minrathous, the capital of the Tevinter Empire. We’ve talked about Minrathous in previous games, and now you’ll finally be able to visit! It’s a city built on and fuelled by magic, and the ways in which that has come through in its visual identity, and what that looks like in comparison to previous cities we’ve visited in Dragon Age, are pretty spectacular.

As I mentioned earlier, the Alpha milestone is an extremely important one for us, but there’s more work to be done. We also want to continue being transparent with you, our community, and keep you up to date on what we’re crafting. Hopefully you’ve been enjoying our development updates on Dreadwolf this year as we’ll be looking to share more in the future.

Of course, Dreadwolf isn’t the only thing happening here at BioWare™! We have a team hard at work envisioning what the future holds for a new single-player Mass Effect™ game. And we look forward to celebrating our community on N7 Day next month. The SWTOR team also continues to work on their next update, so keep an eye on SWTOR.com and their social media accounts for any and all details on the coming game update.

It’s an incredible time at BioWare! We have so many cool things to show you in the future. Until then, thanks for being part of our community. We couldn’t do this without you.