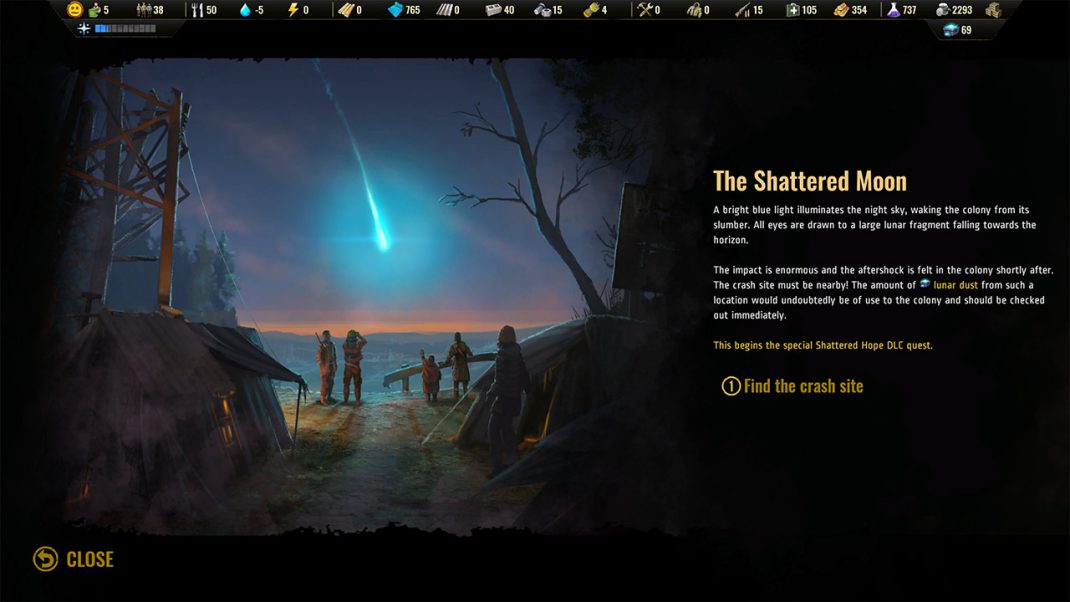 During the apocalypse, the Moon was destroyed and now the consequences of that are showering down from the sky in an unforeseen disaster. By gathering resources from Moon Rock deposits and coming together as a people, the survivors must find hope to proceed and prosper. Shattered Hope focuses on increasing resource production in the colony while attempting to keep up Hope for the colonists – otherwise, the new Anguish condition can cause trouble for them and the entire colony.

“Shattered Hope measures the persistence of human nature during the most difficult of times. Human mind is a powerful thing and in this expansion endurance of the mind helps survivors to go on even after they are past their physical limits,” said Lasse Liljedahl, Game Director for Surviving the Aftermath. “New mechanics like hope, overtime, and new resource chains add more depth to colonist management. The alternative would lead to dire consequences that impact the whole colony.”