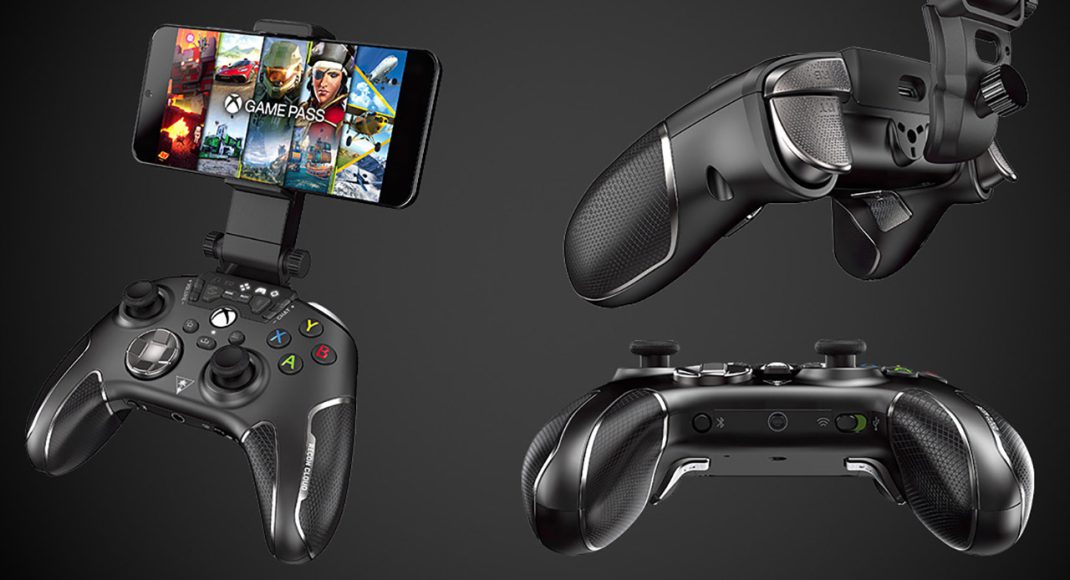 Leading gaming accessory maker Turtle Beach Corporation (Nasdaq: HEAR) today announced the global availability of its Recon™ Cloud Hybrid Controller. The Recon Cloud controller is Turtle Beach’s first foray into the mobile gaming controller category and another significant addition to the brand’s growing and widely acclaimed controller lineup, which includes the Recon Controller and REACT-R Controller. The Designed for Xbox Recon Cloud Hybrid Controller is for mobile gamers playing on compatible Android devices, on Xbox Series X|S, Xbox One, and Windows PCs. The Recon Cloud controller connects to Android 8.0+ devices and compatible Windows PCs using low-latency Bluetooth® 5.0, and it has a massive 30+ hour battery life with quick, play-and-charge capability for all-day gaming when on-the-go. At home, gamers can connect the Recon Cloud to their Xbox console or Windows PC with its 10-foot braided USB cable and access to a suite of exclusive Turtle Beach audio features like Superhuman Hearing®, custom audio presets and more for the ultimate audio advantage. The Recon Cloud Hybrid Controller comes in Blue Magma or Black and is available now at www.turtlebeach.com and participating retailers worldwide for $99.99 MSRP.

“Both gamer and critic response to our Recon and REACT-R controllers has been unquestionably bullish, and the Cloud Controller gives Xbox and mobile gamers the same award-winning Turtle Beach controls for both the worlds they love to play in,” said Juergen Stark, Chairman and CEO, Turtle Beach Corporation. “While the Recon Cloud is the first of our expanded lineup of mobile controllers launching this year, we have additional new products designed for iOS and other platforms coming soon.”

The Recon Cloud Hybrid Controller combines the best of both worlds for mobile gamers on Xbox and PC. Gamers can play longer and in total comfort thanks to the Recon Cloud’s ergonomic shape and cooling grips. The Recon Cloud’s adjustable phone clip securely mounts all compatible Android phones – nearly any sized phone, even in its case – above the controller. When the Recon Cloud’s phone clip is detached, it can be used as a convenient tabletop stand.

Of course, it wouldn’t be a Turtle Beach controller without the best-selling gaming headset brand’s exclusive signature audio features. When the Recon Cloud is connected to Xbox Series X|S, Xbox One, and Windows PCs in wired mode, additional features including Superhuman Hearing to hear enemy players before they see you, EQ Presets to personalize sound, controls for Game & Chat Balance to find just the right mix, and Mic Monitoring to ensure no more yelling at others – all come into play.

*Features only available in wired mode.