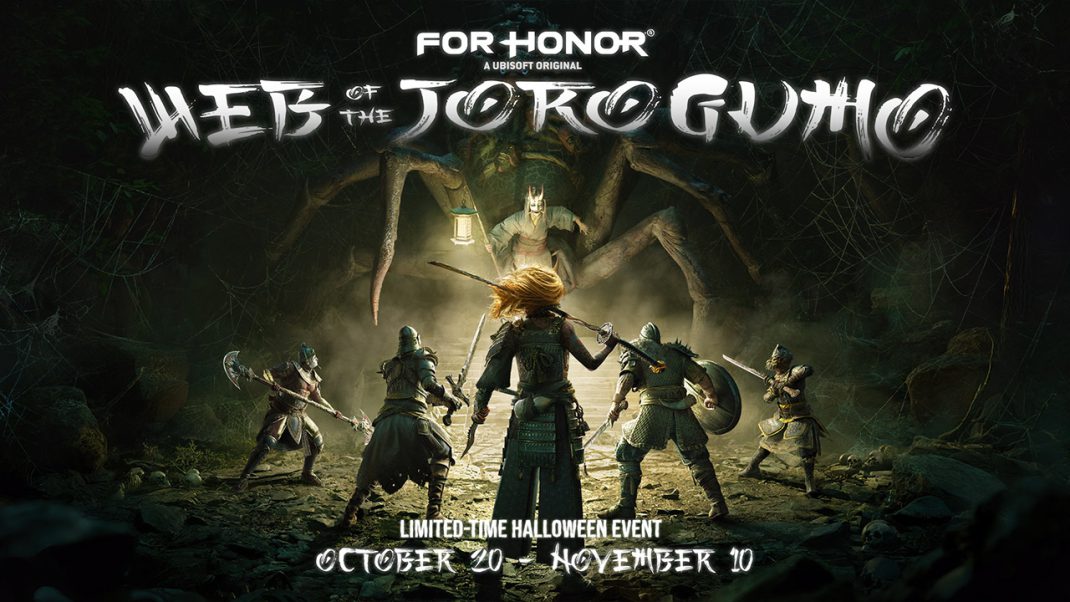 Today, Ubisoft announced For Honor’s special Halloween-themed “Web of the Jorogumo” event will be available beginning October 20 to November 10. Alongside the event, Phase 2 of cross-platform play is now available, allowing group play with cross-platform friends or players thanks to the Ubisoft Connect ecosystem. With this update, For Honor’s crossplay rollout is complete, and players will be able to invite others to their group even if they are on a different platform.

The “Web of the Jorogumo” event will start on October 20 and run for three weeks, bringing a frightening PVE game mode with four player co-op. Players can enjoy a variation of Market Town where they must work together to escort Meiko, capture points, fight against possessed samurai, and battle through Jorogumo’s sticky webs to encounter a terrifying conclusion. With danger around every corner, players will have to be brave and show no mercy. Alongside the new mode, a new Kensei Hero Skin, Yokai Slayer Meiko, will be available on October 20.

Players will have the chance to win new exclusive rewards such as an Effect, a Battle Outfit and ornaments. New themed items will also be available in the in-game store for the duration of the event including Executions, Outfits, a Paired Emote and more.

With the release of Title Update 2, new armor variations will be available for players as well as many gameplay improvements and updates, including the end flow – players can now skip all notifications after a game. On November 17, a Testing Grounds dedicated to Dodge attacks will be live until November 24.

The “Web of the Jorogumo” event comes as part of For Honor’s Year 6 Season 3 The Demon Dagger, in which an ancient cave unleashed spirits and demons from Japanese folklore into Heathmoor. Inspired by Yokai legends, this season introduced a new Battle Pass and Battle Bundle, new seasonal customization, and other exciting updates to For Honor.