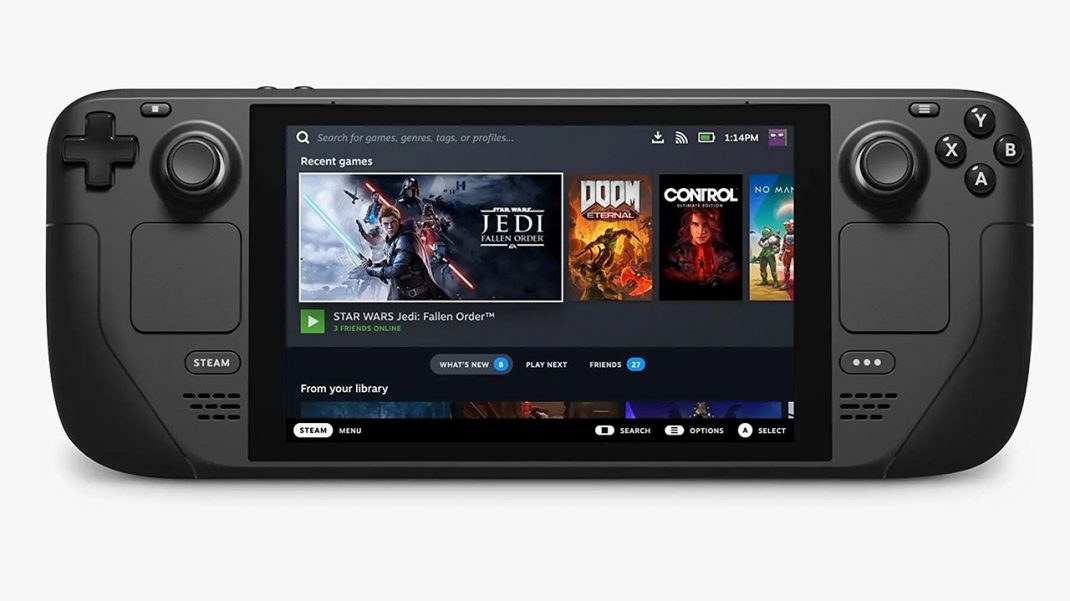 Valve’s handheld PC gaming console, with its sleek black style is a strange, yet beautiful creature. It allows gamers to take their Steam library into a handheld platform and comes in three varieties based, mainly, on available storage. The lowest cost model features 64GB of eMMC storage and retails for $399. The mid-level Steam Deck features a 256GB NVMe SSD and an included carrying case and retails for $529. The high end Steam Deck features a 512GB NVMe SSD, carrying case, and costs $649. This higher-end model also features a special anti-glare etched glass screen that the others do not. It’s this high end model that we’ll be taking a look at in our review. Does the extra storage and anti-glare screen justify this high cost? For that matter, will PC gamers adopt such a handheld platform at all? Sure, many have consoles in addition to their gaming PCs, but does the Steam Deck provide any advantage to them that their PCs won’t? 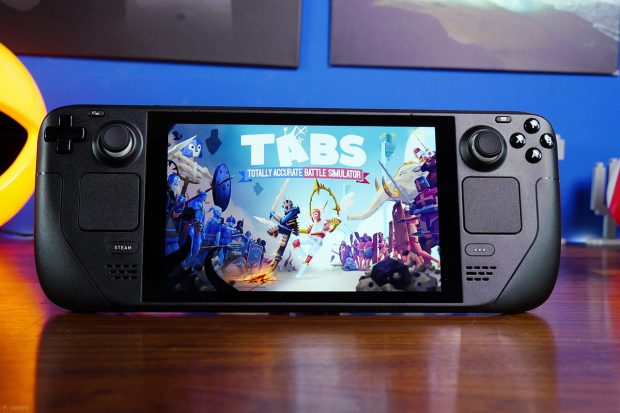 From a design standpoint, Valve did an incredible job making the Steam Deck not only portable, but also beautiful. It features a large, 7-inch display in the middle with hand controls on each end. On the left-hand side of the Steam Deck, you’ll find a directional pad, analog stick, and a haptic feedback equipped trackpad as well as the Steam button. On the right-hand side, you’ll find another analog stick and trackpad as well as the usual A, B, X, and Y buttons found on most gamepads. Also on the right side of the Steam Deck is the is the Quick Action button. This button brings up an abbreviated array of on-screen controls which a gamer would find useful no matter if they are in or out of game (things like screen brightness). The Steam Deck feels like an expensive piece of equipment with quality build materials. Along the top of the Steam Deck are volume and power buttons as well as the headphone and USB-C power port. Also featured on the Steam Deck are shoulder/bumper buttons, triggers, and some other buttons on the back of the unit. One thing Valve did not skimp out on during the design of the Steam Deck was buttons. The anti-glare coating does seem to prevent glare from pinpointing and becoming a problem – instead, it diffuses the light and makes it less noticeable, relying on the built-in screen lighting to overpower it. It works well, but isn’t anything earth-shattering. 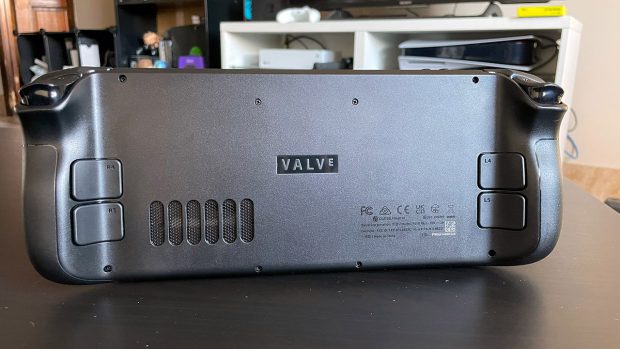 Powering on the Steam Deck and logging into my Steam account was very simple, and the device even had a few updates to install along the way. Overall, a very low learning curve to get going. Once all set up, the Steam Deck features a slick user interface with the ability to go through the Steam library, store, device settings, and a lot more. Valve has designed the interface to be very user friendly and I had no trouble navigating around its various functions. Valve has been very busy curating the level of Steam Deck compatibility of all of the various games in its library. They display different icons on the store cards for each game to illustrate this point. Many are still not yet rated and are basically play at your own risk experiences.

After installing several titles to the Steam Deck, I dove into a long night of game playing to see if the handheld lived up to the hype. First, I started up Bethesda Softworks The Elder Scrolls V: Skyrim Special Edition. It was listed as not yet being rated for use on Steam Deck, but I really wanted to take my Skyrim experience on the go. Something I did not consider initially was that, because the Steam Deck is connected to the Steam Cloud, it downloaded all my cloud saves! This is terrific news – it means I don’t have to start over with an entirely new character unless I wish to. Skyrim came to life and detected the game pad style control scheme. It worked! It… Worked. I was strolling through Skyrim, battling evil creatures and bandits, engaging with merchants. I spent a couple hours just exploring and enjoying the overall experience. The volume of the Steam Deck can be pushed up to a decent level and sounded great. Star Wars Jedi: Fallen Order was another stand-out hit in my Steam Deck usage. I played the game for hours on end while laying in bed trying to get to sleep. A word of warning – if you keep the Steam Deck on your night stand, expect to lose sleep. 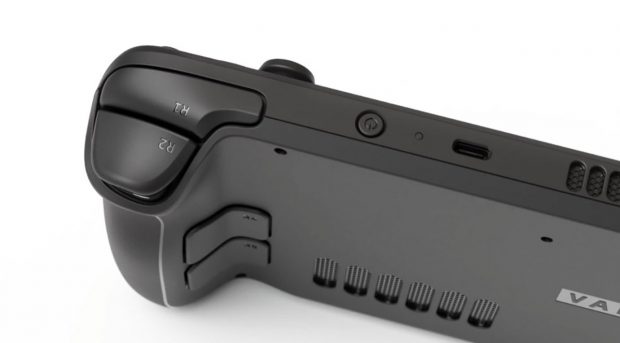 One of the interesting dynamics of playing on the Steam Deck is that it does become a game console style controller experience. Even though they offer things like virtual keyboards and touchpads which can act as mouse emulators, it just doesn’t replicate the PC gaming experience. This means that not all of the PC games you enjoy are going to translate to the Steam Deck unless they are games with game controller capabilities already. It also means that if you are expecting the Steam Deck to become your PC away from home, you could be disappointed. While there is a Windows-like OS that can be switched to at will, it remains to be seen exactly what apps will be available for it. One fun thing about the PC feature set is that it allows your to bring up the virtual keyboard in-game. It means that you can enable any tweaks or cheat codes built into the game at will – something you can’t do on the console versions of the titles usually.

Overall, if you are looking to take most of your PC games on the road with you and enjoy them on what is essentially a grown-up version of the Nintendo Switch, you will love your Valve Steam Deck. 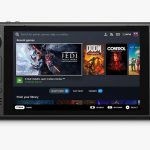