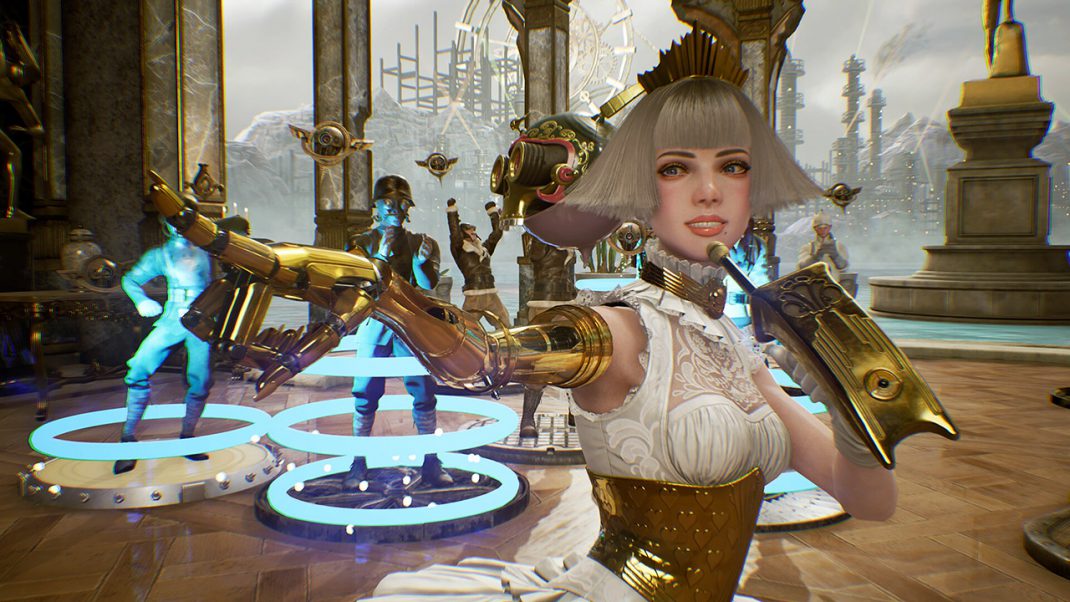 In DEATHVERSE: LET IT DIE, players compete in a 16-player survival battle arena as contestants of the world-renowned television program DEATH JAMBOREE. Flanked by your trusty robot companion, Wilson, you must fight off, defend against, and outsmart enemies in PvPvE mayhem to be the last contestant standing.

Welcome to the Jamboree
After the seismic calamity known as “Earth’s Rage,” humanity is brought to the brink of extinction. Scarred by the horrors they’ve faced, the survivors feed their bloodlust with the deadly and decadent DEATH JAMBOREE. Anyone can compete on the sinister television show to win fortune and favor, but once you’re in the arena, there’s only one way out: killing the competition.

DEATHVERSE: LET IT DIE is packed with action and tons of gameplay features, including:

To Be Continued
If you can’t wait for more DEATHVERSE: LET IT DIE content, then you’re in luck. In November, the LET IT DIE Collection Vol. 1 will introduce a limited-time Metro Fighter skin and Uncle Death shield skin, which are based on the original LET IT DIE.

In Season 2, beginning Winter/Spring 2023, players can look forward to Cup Matches and a Masters tournament to decide the best killer contestant of the season, plus a new, unannounced weapon. Season 3 will be LET IT DIE themed and feature another weapon, a new Hunter, and the limited-time Duo Death Match event, letting players pair up against their foes. Both seasons will include new types of existing weapons.

In the future, DEATHVERSE: LET IT DIE will be updated with PlayStation/Steam crossplay, HDR support, accessibility features, recording/replay features, and the ability to change background music.