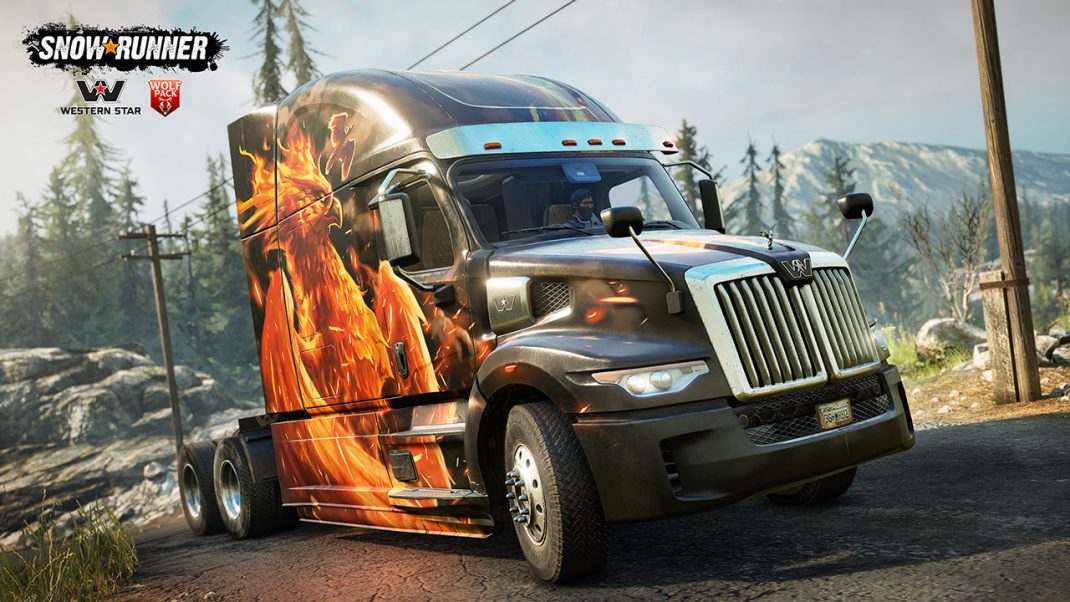 Drive the 57X and 47X before their real-life counterparts even hit the road!

Get ready to face SnowRunner’s extreme wilderness behind the wheel of Western Star’s 57X, 47X NF1424 and NF1430 variants. These new additions will be your new home for efficient missions in safe and durable vehicles which can adapt to all conditions. And with plenty of cosmetics, you can make them truly your own. This DLC continues the long-standing partnership between Western Star and Focus Entertainment. Dating back to the days of MudRunner, Focus Entertainment is thrilled to keep bringing Western Star’s powerful trucks to players setting for the wilderness.

SnowRunner and a number of standalone DLCs are discounted as a part of the Focus Publisher Sale currently running on Steam, including the Premium Edition, Steam bundles, Year 1 and Year 2 Passes. Don’t miss this opportunity to grab the game and its DLCs at up to 40% off!

The Wolf Pack is now available on PlayStation®5, PlayStation®4, Xbox Series X|S, Xbox One, Nintendo Switch and PC as a standalone DLC. For more information, visit the game’s page in the Focus Store.