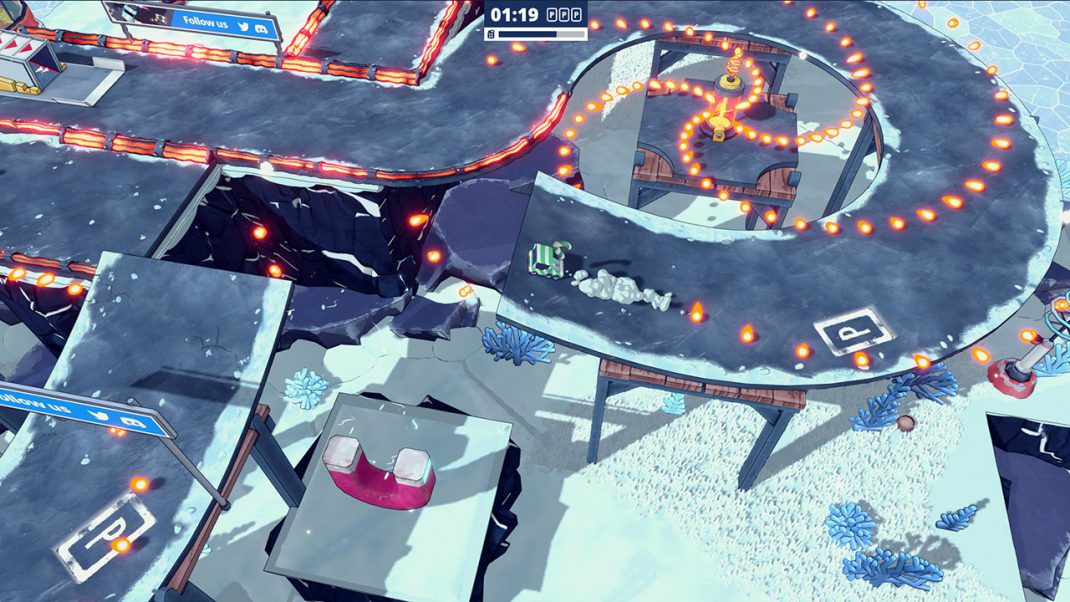 Happy Volcano is excited to announce forthcoming top-down racer You Suck at Parking™ will launch across PC and Xbox on Thursday 1st September 2022, with a launch on Nintendo Switch and PlayStation following in 2023.

Excitingly, Happy Volcano can also confirm You Suck at Parking™ will also launch on Game Pass for Xbox and PC on day one – Wednesday 14th September 2022.

Comprising both single-player and online multiplayer modes, You Suck at Parking ™ is the world’s most extreme parking experience and the only racing game where, uniquely, the goal is to come to a stop. Success is all about racing against the clock as players dash, drift, and drag their handbrakes as they slam into parking spots in quick time.

Developer Happy Volcano lifted the lid on the game’s multiplayer mode – which will initially allow four players to take on each other in a full-on parking party – back in May, alongside the news that the top-down racer will feature 60 wild multiplayer levels and 100 solo levels with ever-increasing difficulty.

Excitingly, the multiplayer on offer will also be cross-platform, whilst Happy Volcano can also confirm it’s the studio’s intention to refresh the levels on offer in play every two weeks, with fresh ones delivered until…well, until the sun swallows the Earth.

“It’s great to be able to publicly pin down a launch date for You Suck at Parking™ after all the excitement we’ve seen from gamers over the last few months,” says David Prinsmel, Game Director. “There is, in fact, more news to come, however. Keep your eyes peeled and your handbrake firmly pulled up.”

Happy Volcano can also announce an exciting update to the game’s demo on Steam, with brand new levels added to build. Pick it up for free today!

In You Suck at Parking™, players will:

In addition, Happy Volcano is delighted to announce that it has partnered with Fireshine Games to release a physical edition of You Suck at Parking on Nintendo Switch, PlayStation and Xbox, which will be racing onto store shelves in 2023. Formerly known as Sold Out, Fireshine Games is an established publisher of physical and digital titles, and a leading boxed partner who works extensively with indie developers to help bring their games to physical retail.