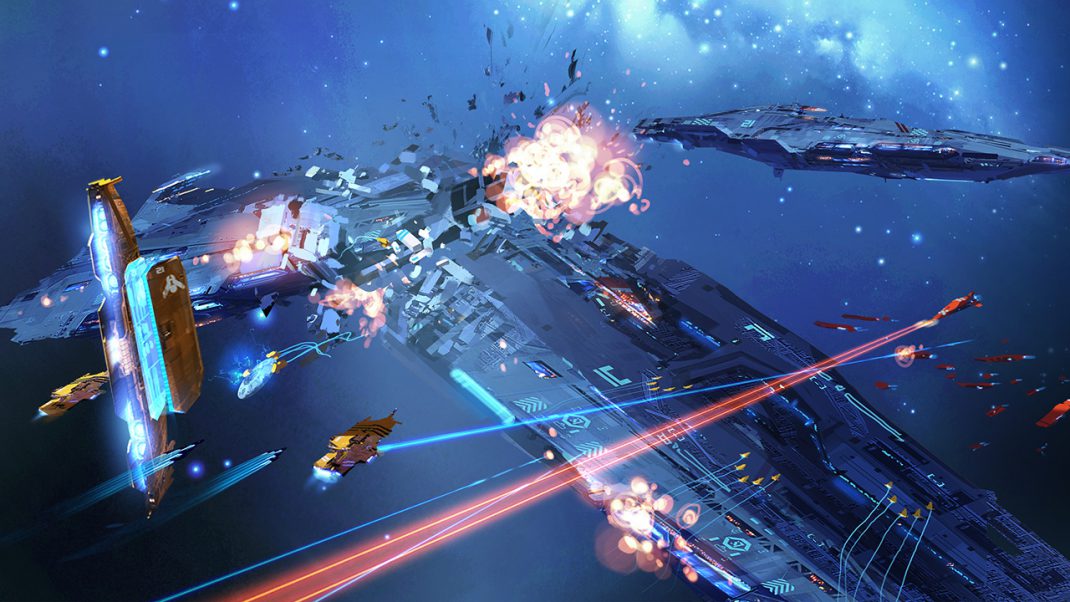 A new Homeworld 3 trailer featuring never-before-seen gameplay debuted today at Opening Night Live 2022. It provided the deepest look yet at Homeworld 3, the highly anticipated new chapter in the award-winning sci-fi strategy series. Homeworld 3 brings the series’ innovative 3D strategy gameplay into the modern era through groundbreaking graphics and technology, reimagining the scale of combat in deep space while adding new layers of strategy to every moment. Arriving in the first half of 2023 on PC and published by Gearbox Publishing, fans can wishlist Homeworld 3 on Steam and the Epic Games Store and pre-order the physical Collector’s Edition.

Blackbird Interactive, the title’s developer, raised the stakes of Homeworld’s iconic scale and artistry by fully realizing their original vision, 20 years in the making, of elegant cinematic combat in space. The epic scale and grandeur of Homeworld has returned with even bigger environments to contend with new mechanics that expand the gameplay experience, and a dramatic story full of the compelling emotional resonance the series is known for.

Homeworld 3 takes advantage of the latest technology to add a new element to the series’ familiar 3D RTS gameplay including Cover-based Tactics, massive strategic terrain and considerable improvement to overall UI and UX design. Players must form new strategies and use new environmental obstacles like colossal ancient megaliths, dangerous asteroid fields, and massive derelict wreckage as cover or to hide movements from enemies. Homeworld 3 also offers up fresh strategic challenges with its physics-based ballistics simulation that makes the space combat feel more real than ever before.

“Our team has been hard at work creating the Homeworld experience we’ve always dreamed of and we hope after watching this trailer, fans will believe we are making THEIR game,” said Rob Cunningham, CEO of Blackbird Interactive and original art director on Homeworld and Homeworld 2. “Homeworld 3 will deliver deeper strategy and decision making with easier controls. Players will explore ancient megalithic structures and experience space at an extraordinary level of detail while following an epic narrative fit for the biggest sci-fi fans. We have a lot more to showcase along with some fun surprises as we head into launch in 2023.”

Homeworld 3’s campaign explores an all-new story in the Homeworld series that takes place long after the golden age of galactic trade and exploration was unlocked by Karan S’Jet upon the discovery of an ancient hyperspace gate network. A new threat to the galaxy known as The Anomaly has started to spread its darkness and has begun to swallow gates and planets alike. Now Imogen S’Jet, Karan’s successor, is the only one who holds the key to solving the mystery threatening the galaxy’s future. In addition to the campaign, Homeworld 3 also features a robust multiplayer experience as well as the new cooperative roguelike mode which fuses Homeworld’s strategic gameplay with roguelike challenge and progression.

For more information on Homeworld 3, please visit Homeworld Universe or follow the official Homeworld Twitter. Homeworld 3 can be added to Wishlists on Steam and the Epic Games Store.

In addition, Homeworld Mobile developed by Gearbox Publishing and Stratosphere Games, tells a unique story set in the Homeworld universe, and will launch on the App Store for iPhone and iPad and Google Play for Android devices this fall. Homeworld Mobile is a real-time strategy MMO featuring totally redesigned gameplay built from the ground up for mobile devices.

More information about Homeworld Mobile can be found at – https://homeworldmobile.com/