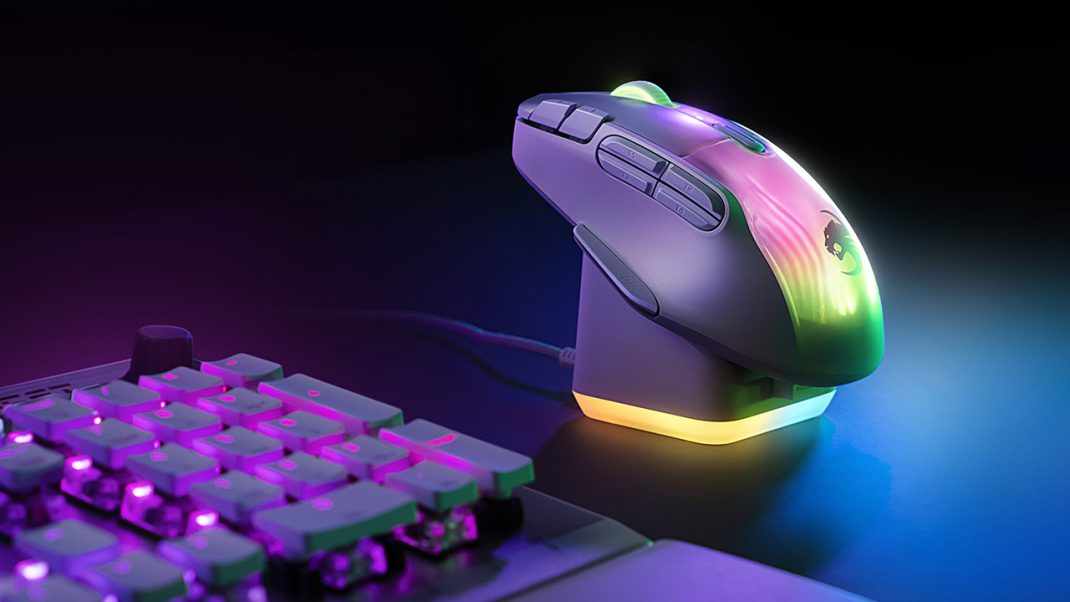 ROCCAT, Turtle Beach’s (Nasdaq: HEAR) award-winning PC gaming peripherals brand, today announced the worldwide retail availability of the new Kone XP Air Wireless RGB Customizable Gaming Mouse with Rapid Charge Dock. The Kone XP Air is the wireless version of the Kone XP – the culmination of 15 years of research and development to produce an industry-leading multi-purpose gaming mouse. The wired version of the Kone XP has not only turned heads with its stunning RGB effects but has also impressed when it comes to performance.

At the heart of the Kone XP Air is ROCCAT’s smooth and precise Owl-Eye 19K DPI optical sensor that perfectly tracks every movement, and at all speeds, for gamers who always want to have the upper hand over their competitors. Additionally, outstanding heat-treated PTFE feet make for a smooth glide across desktops. Inside the Kone XP Air PC gamers will find none other than some of the fastest switches available – ROCCAT’s Titan Optical Switches. The ridiculously fast Titan Optical Switches deliver unprecedented response speed and incredible durability, with a 100 million click life cycle.

The Kone XP Air comes complete with a stylish AIMO-enabled RGB charging dock. The Kone XP Air is part of the AIMO eco-system allowing the mouse and its charging dock to display up to 16.8 million colors and to communicate with other AIMO-enabled products, such as the Vulcan TKL mechanical RGB gaming keyboard to guarantee a unique lighting experience across gamers’ set-ups. The Kone XP Air’s Rapid Charge Dock provides up to five hours of playtime with just 10 minutes of charge. Fully charged, the Kone XP Air provides up to 100 hours of gameplay. As a backup for gamers who might have forgotten to recharge their mouse, the Kone XP Air also comes with ROCCAT’s PhantomFlex™ USB-C cable.