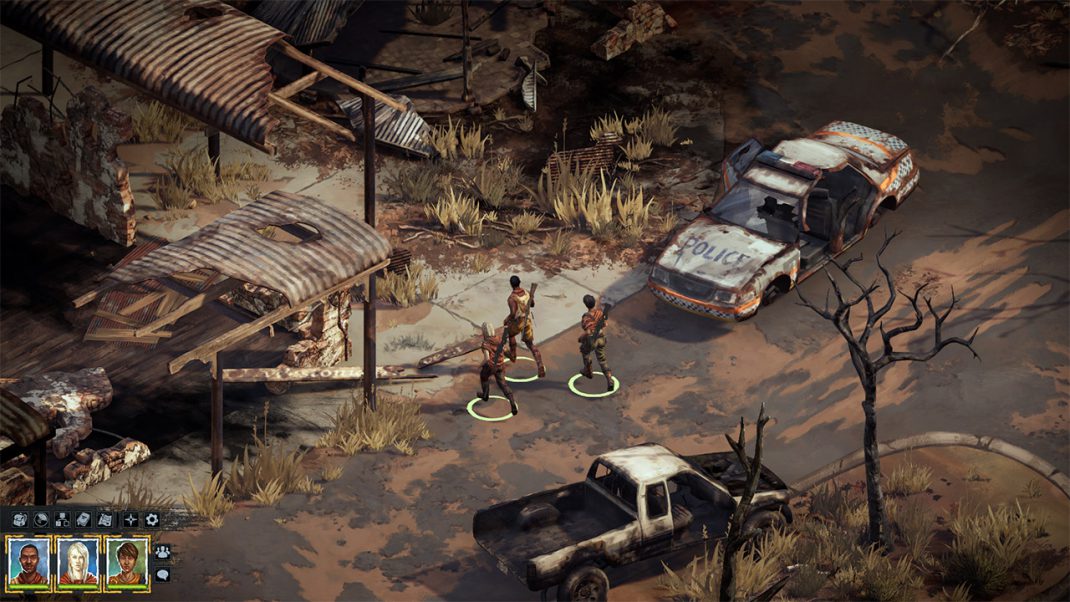 Super indie publisher Versus Evil, in partnership with indie development studio Drop Bear Bytes, today announced that they will publish Broken Roads, a traditional isometric RPG coming to PC, Switch, PlayStation and Xbox in 2023. Broken Roads presents a post-apocalypse future with real-world locations and landmarks serving as the backdrop for the complex stories of Australia’s survivors wrapped in an intricate hand-drawn aesthetic.

Drop Bear Bytes headquartered in Australia, brings a wealth of revered industry talent to the fold with a team comprised of talented developers, artists and writers from Australia, South Africa, Canada, USA and the UK. RPG genre professionals including Colin McComb (Fallout 2 and Wasteland 2) Creative Lead, and Leanne Taylor-Giles (Rainbow Six Siege and Torment: Tides of Numenera), Narrative Director, have also contributed their expertise to the whole team.

Broken Roads skillfully blends traditional and all-new role-playing elements on top of a classless system offering near-unlimited character development options built around four philosophies: Humanist, Utilitarian, Machiavellian, and Nihilist. Furthermore the game presents players with an original morality system: the Moral Compass which sees dialogue options and questing decisions influence, and be influenced by, a character’s philosophical leaning and the tough decisions they make along the way. In addition, the in-game locations are all authentic recreated from the team visiting towns and landmarks in West Australia and taking photos, videos and audio recordings for it to be as true as possible . Furthermore, even the game’s atmospheric soundtrack composed by Tim Sunderland is composed with instruments constructed from everyday objects which brings a wholly unique and distinctive tone to the game.

“Versus Evil has a history of partnering with some of the best creatives in the industry and publishing highly engaging RPG titles enriched with deep narratives and killer visuals. Drop Bear Bytes have a clear vision and a collective talent that will bring an exciting addition to the Versus Evil RPG family of published titles and we look forward to sharing their passion project fans of the genre” Said Steve Escalante, General Manager of Versus Evil.

Broken Roads is another compelling addition to Versus Evil’s impressive RPG catalog and joins other critically acclaimed titles in the genre such as The Banner Saga Trilogy, The Hand of Merlin and Pillars of Eternity II: Deadfire.

Broken Roads will be at Gamescom next week for press and gamers to check out an updated version of the game more closely, along with the publisher’s other new signing, Eville: a multiplayer social deduction game which adds a new twist to the genre with its medieval RPG style, character roles, and individualized motives.