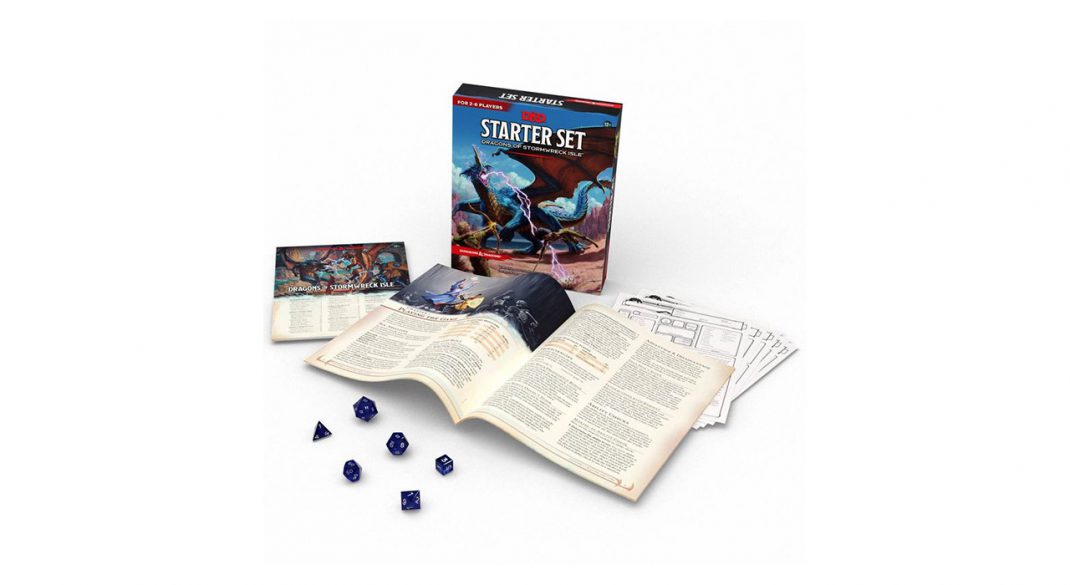 Dungeons & Dragons has been enchanting generations of fantasy fans for decades and the memories and friendships created around the table are long-lasting, if shows like Stranger Things or the 80s D&D cartoon are to be believed. It’s never been easier to introduce the game to new players with the release of the D&D Starter Set: Dragons of Stormwreck Isle, available now at Target stores for $19.99. With a streamlined rulebook and accompanying online video tutorials, heroic ready-to-play characters, a set of six dice, and an exciting adventure designed with new Dungeon Masters in mind, the only thing needed is your imagination.

“From the inception of this product, we really had one major goal of creating an introductory experience that was suitable for folks playing and Dungeon Mastering for the very first time,” said D&D Team product manager, Natalie Egan. “With the streamlined rulebook, ready-to-play characters, easy-to-prep adventure, along with all the additional learn-to-play resources specific to this set, we’re making onboarding new players easier than ever!”

Everything you need to start your D&D journey is packaged up in one convenient box. After choosing a character sheet from five recognizable heroes like the paladin or the wizard, players will be ready to jump into uncovering the secrets of Stormwreck Isle. Beginning players and Dungeon Masters will find guidance in the rulebook and adventure as well as links to a suite of online video tutorials available (at dnd.wizards.com/how-to-play) that will make starting that first session of D&D full of nothing but adventure and laughter.

Educators have long touted the ways D&D teaches math, reading comprehension, social skills, and problem-solving with a diverse group of players. Wizards is hoping to make the game accessible to more with the release of D&D Starter Set: Dragons of Stormwreck Isle.

“If you’ve never played or even heard of Dungeons & Dragons before,” Egan continued. “THIS is the best, easiest way to get you started. Dragons of Stormwreck Isle is a blast of an adventure that is sure to delight our fans, whether it’s their first time or 101st time playing D&D.”

Newly designed D&D Club kits will be available for schools, libraries and organizations that want to incorporate the educational and social benefits of the world’s greatest roleplaying game into their programs and D&D inspired teaching kits will be rolling out for grades 4-8 starting this Fall.

D&D Starter Set: Dragons of Stormwreck Isle is only available at Target now, and will be released worldwide on October 4th, 2022. Along with the new player resources on the D&D website, this Starter Set will be available in French, Italian, German, Portuguese, Spanish, and Japanese languages in addition to English on that date.