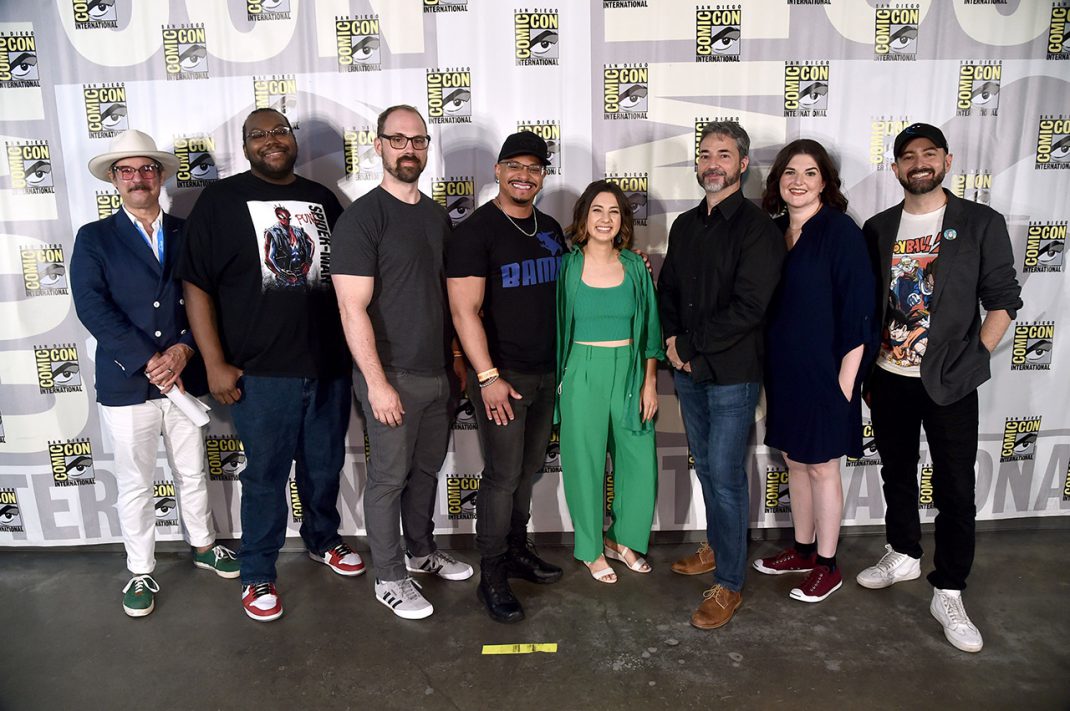 Yesterday at Comic-Con in San Diego, enthusiastic fans got a look at what’s coming up from Marvel Studios’ Animation.

The following projects were featured in the discussion:

“I Am Groot” writer/director/executive producer Kirsten Lepore answered questions about the upcoming series and treated the audience to the trailer and new key art. A surprise screening of one of the shorts, “Groot Takes a Bath,” delighted everyone, and applause greeted the announcement of a second collection of shorts.

There’s no guarding the galaxy from this mischievous toddler! So get ready as Baby Groot takes center stage in his very own collection of shorts, exploring his glory days growing up—and getting into trouble—among the stars. “I Am Groot,” five original shorts featuring several new and unusual characters, stars everyone’s favorite little tree, Baby Groot, voiced by Vin Diesel, who voices Groot in the “Guardians of the Galaxy” franchise.

“I Am Groot” launches exclusively on Disney+ August 10, with all five shorts available for viewing.

Jeff Trammell teased the show with the cast of characters, and Ryan Meinerding showed off the new Spider-Man suit designed for the series. A fun reveal was that moderator Paul F. Tompkins will be playing a character in the series. A second season was also announced, aptly titled “Spider-Man: Sophomore Year.”

“Spider-Man: Freshman Year” is an animated series that follows Peter Parker on his way to becoming Spider-Man in the MCU, with a journey unlike we’ve ever seen and a style that celebrates the character’s early comic book roots. Executive producer Jeff Trammel serves as head writer.

Bryan Andrews and AC Bradley talked about the Emmy-nominated series and showed the trailer for Season Two. The audience went wild when, at the end of the presentation, a surprise screening of one episode of the highly anticipated next season was shown, and a third season was announced.

“What If…?” Season 2 continues the journey with The Watcher as our guide through the vast multiverse, introducing brand new and familiar faces throughout the MCU. The animated series questions, revisits, and twists classic Marvel Cinematic moments with an incredible voice cast that includes a host of stars who reprise their iconic roles. Directed by executive producer Bryan Andrews with executive producer AC Bradley as head writer.

Season two of “What If…?” launches exclusively on Disney+ in early 2023.

Bryan Andrews offered background on the series and its origins spawning from an episode of “What If…?” Season 1, as well as concept art.

Cheers erupted when Brad Winderbaum spoke fondly of the legacy of “X-Men: The Animated Series” and presented a sizzle reel featuring cast and creatives from the popular ‘90s animated show. “X-Men ‘97” writer and executive producer Beau DeMayo then spoke about the new series, shared artwork, and presented an animatic AV piece. DeMayo also mentioned that the show will use the original “X-Men” theme music. A second season was also announced.

“X-MEN ’97” is an animated series from Marvel Studios that explores new stories in the iconic ’90s timeline of the original series. Beau DeMayo is executive producer and head writer.