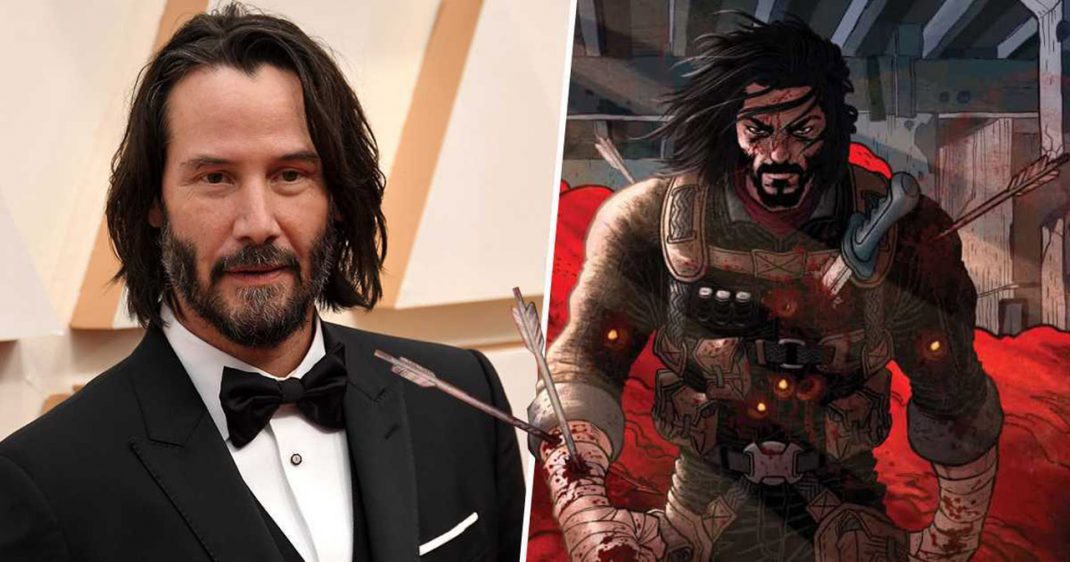 BOOM! Studios announced today their panel schedule at Comic-Con International: San Diego 2022 (Booth #2229) from July 20-24th San Diego Convention Center in San Diego, CA. The publisher, home to award-winning imprints BOOM! Studios, BOOM! Box, KaBOOM!, and Archaia, will host an array of panels throughout the convention, featuring exciting guests such as global star Keanu Reeves for the Keanu Reeves’ BRZRKR: The Immortal Saga Continues panel in Hall H, as well as bestselling writer and creator James Tynion IV for the Slaughterverse: The World of Something is Killing the Children panel, and even more acclaimed creators and celebrities at this year’s event. For fans and readers in attendance, BOOM! Studios presents an exciting slate of programming, full of exclusive announcements and brand new reveals, throughout Comic-Con. Details below:

In 2019, Erica Slaughter introduced readers to the secret world of monsters, and the hunters who fight them. In 2021, the doors to the House of Slaughter were opened, expanding Erica’s world into a storytelling universe. Now entering its fourth year of publishing, the bestselling, Eisner Award-nominated series is only just getting started! Join James Tynion IV (Something is Killing the Children, House of Slaughter) and Eric Harburn (Executive Editor, BOOM! Studios) for an in-depth look at the creative process, as well as a look ahead at what’s next for fans! Moderated by Hunter Gorinson (Vice President, Business Development, BOOM! Studios).

Since its record-breaking debut in 2021, BRZRKR has been thrilling readers with its story of the half-mortal, half-god warrior as he battles through the ages, seeking answers to the mystery of his endless blood-soaked existence, and how to end it… Join the iconic Keanu Reeves alongside series co-writer Matt Kindt, artist Ron Garney, screenwriter on the BRZRKR film Mattson Tomlin, Matt Gagnon (Editor-in Chief, BOOM! Studios), Eric Harburn (Executive Editor, BOOM! Studios), and Stephen Christy (President, Development, BOOM! Studios) for an exclusive look at the final issues of the series… and never-before-seen details on where the saga will go next! Moderated by Coy Jandreau (Reel Rejects, Collider, Nerdist).

Discover your new comic book obsession! Join some of the most acclaimed and exciting creators in comics as Matt Kindt (BRZRKR), Christopher Cantwell (Briar, Halt & Catch Fire), Michael Dialynas (Wynd), and Matt Gagnon (Editor-in-Chief, BOOM! Studios) give you an in-depth look at the upcoming slate from BOOM! Studios, Archaia, BOOM! Box, and KaBOOM! Plus, exclusive surprises and an extra special sneak peek at some top secret projects that you won’t want to miss. Moderated by Filip Sablik (President, Publishing & Marketing, BOOM! Studios).

From the publisher that brought you Lumberjanes, Fence, and Giant Days comes a panel filled to the MAX with a celebration of teen drama, young love, and queer joy. Meet some of your favorite YA comics creators Shannon Watters (Lumberjanes, Hollow), Michael Dialynas (Wynd, The Woods), Nicole Andelfinger (An Ember in the Ashes, Power Rangers), and editors Dafna Pleban (Senior Editor, BOOM! Box) and Elizabeth Brei (Editor, BOOM! Studios) as they discuss what they love about making comics and what’s next for these all-stars. Moderated by Tina Lerno (ALA GNCRT)