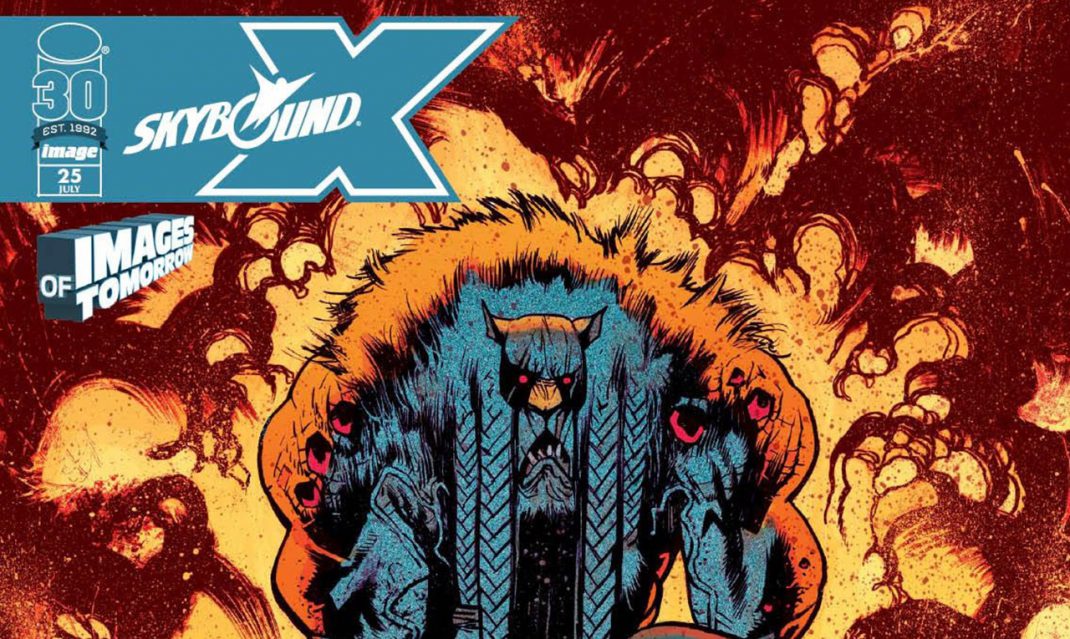 Skybound Entertainment will return to San Diego Comic-Con July 20-24, this year with an offering that includes two can’t-miss panels centered around Skybound franchises The Walking Dead and Impact Winter.

On Thursday, July 21, talent and creators will grant an insider’s look at the development of the post-apocalyptic vampire thriller Impact Winter and its evolution from hit audio series to a visual medium via the stunning prequel comic by Travis Beacham and Stephen Green.

Skybound comics, including SDCC-exclusives, will be available for purchase at the Image Comics booth (#1915).

LIMITED* CONVENTION VARIANTS SOLD AT THE IMAGE COMICS BOOTH (#1915):
*Quantities will be limited by customer and per day on a first-come, first-served basis. Please ask at the Image booth about availability.

Impact Winter: Sound to Page
10AM – 11AM, Room 9
Impact Winter, Audible’s hit audio series from writer/director Travis Beacham (Pacific Rim, Carnival Row), takes place 10 years after a comet strike blacked out the sun, and vampires have emerged in the darkness to take over what remains of the world. One vampire hunter, a young woman named Darcy, is lured by a powerful vampire overlord and thrust into a fight for her people’s future. Executive produced by Skybound Entertainment (The Walking Dead) and Anonymous Content (True Detective), Impact Winter delivers binaural audio, original music and incomparable sound design, all of which bring to life this post-apocalyptic world in visceral detail. Join the team as they spill secrets behind the year’s biggest audio hit and its evolution into a visual medium via the stunning prequel comic written by Travis Beacham with art from Stephen Green (Hellboy and the BPRD). Appearing are writer/director Travis Beacham, comic artist Stephen Green, EVP, Head of US Content Rachel Ghiazza (Audible), executive producer Alexandra August (Skybound Entertainment), and comic editor Amanda LaFranco (Skybound), in a panel moderated by John Rocha (Critic and Host at The Outlaw Nation). The first 100 panel attendees will receive a copy of comic book Impact Winter #1.

The Walking Dead: Last Mile – The Future of Entertainment
5:45PM – 6:45PM, Room 6BCF
The Walking Dead: Last Mile is the next big installment in the beloved franchise created by Robert Kirkman, but this time the story is driven by YOU, the fans. Join actress, comedian, and The Walking Dead superfan Yvette Nicole Brown alongside actress and creator Felicia Day as they co-moderate a discussion with Massively Interactive Live Event (MILE) creator Jacob Navok of Genvid Entertainment, creative executive Mike Rogers of Skybound Entertainment, senior writer & producer Jessica Woodard of Terrible Posture Games, and Matthew Ball, noted Metaverse author and producer on TWD:LM. The team will share the latest details of this MILE, exclusively on Facebook. All attendees receive an exclusive T-shirt!