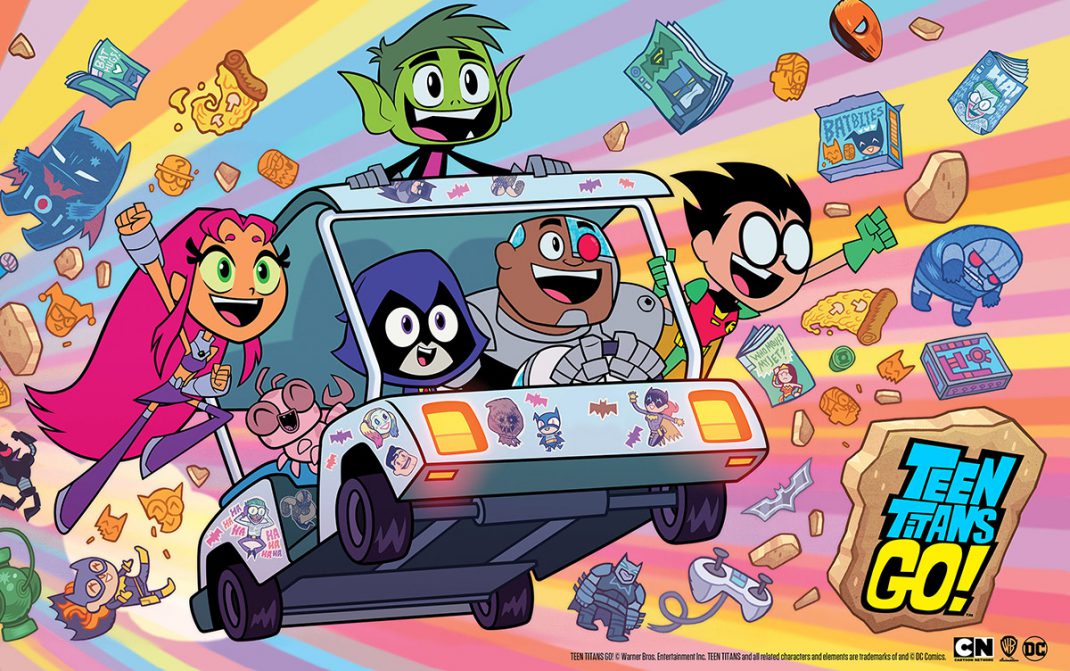 Celebrating the momentous return to an in-person event after two years, HBO Max and Cartoon Network announced today a jam-packed kids & family lineup of panels for this year’s San Diego Comic-Con. The four panels will include special guests, signings, interactive fun for all ages, sneak peeks, and first looks at fan-favorite and upcoming series.

On Friday, July 22, check-in with the Looney Tunes Looni-verse for an all-star panel and enjoy sneak peeks of the new series Bugs Bunny Builders, Tiny Toons Looniversity, and a new season of Looney Tunes Cartoons. Then, meet the creatives and voice talent behind the highly anticipated animated series, Gremlins: Secrets of the Mogwai.

The following day, dive deep into Cartoon Network originals with a can’t-miss game show panel on Saturday, July 23. Join the cast and crew of fan-favorites Craig of the Creek, Teen Titans Go!, and We Baby Bears as they go head-to-head during a winner takes all round of trivia to cement their status as the biggest Cartoon Network fan of all. Find out as each team tests their knowledge during an interactive quiz format where the audience helps unlock answers, reveal surprise guests, and super sneak peeks.

Also on Saturday, roll by DC’s Comics Are Fun for Everyone panel to catch an exclusive sneak peek at DC’s first-ever preschool series, Batwheels, premiering this fall on Cartoonito on HBO Max and Cartoon Network..

Plus, don’t miss an action-packed Sesame Street Mecha Builders panel on Sunday, July 24, to learn how Cookie Monster, Elmo, and Abby Cadabby were re-imagined to expand the Sesameverse as robo superheroes-in-training.

Outside the convention center, snap a pic outside the Manchester Grand Hyatt San Diego with a Bat-tastic inflatable display. Plus, attendees can enjoy photo opportunities with Cookie Monster at a supersized Sesame Street Mecha Builders inflatable located near the Omni San Diego Hotel from Thursday, July 21 through Sunday, July 24.

Finally, don’t forget to stop by the Sails Pavilion at the San Diego Convention Center for autographs from all kids and family panelists on series posters exclusive to Comic-Con. Plus, look out for exclusive news and special messages with HBO Max air drops available at various locations throughout the weekend.

Cartoon Network: Winner Takes All
10:00 a.m., Indigo Ballroom
Cartoon Network fans come on down! Be the first in line to test your knowledge of all things Cartoon Network! This multi-show panel will determine which panelists (and audience members!) are the most discerning fans as they are quizzed on their favorite series for a chance to unlock first looks, sneak peeks, and more inside scoop! Play along with the casts and crew of Craig of the Creek (Philip Solomon, voice of Craig; Najja Porter, supervising director; Dashawn Mahone, supervising director), Teen Titans Go! (Pete Michail, executive producer; Tara Strong, voice of Raven; Khary Payton, voice of Cyborg), and We Baby Bears (Calvin Wong, showrunner; Connor Andrade, voice of Grizz; Amari McCoy, voice of Panda; Max Mitchell, voice of Ice Bear). Why settle for second? Come get your first look at everything Cartoon Network! Craig of the Creek and We Baby Bears are produced by Cartoon Network Studios. Teen Titans Go! is produced by Warner Bros. Animation.

Comics Are Fun for Everyone
12:30 p.m., Room 6DE
No matter if you are a casual fan, a YA fan, completely new to comics or a weekly warrior, comics are meant to be fun and for everyone! We’ll be highlighting comics and graphic novels from across the DC Multiverse, as well as animation and more in this fun-filled panel. DC Senior Editor Katie Kubert will be joined by Daniel Warren Johnson & Juan Gedeon (Jurassic League), Kami Garcia (Constantine: Distorted Illusions), Becky Cloonan & Michael Conrad (Batgirls) and more!