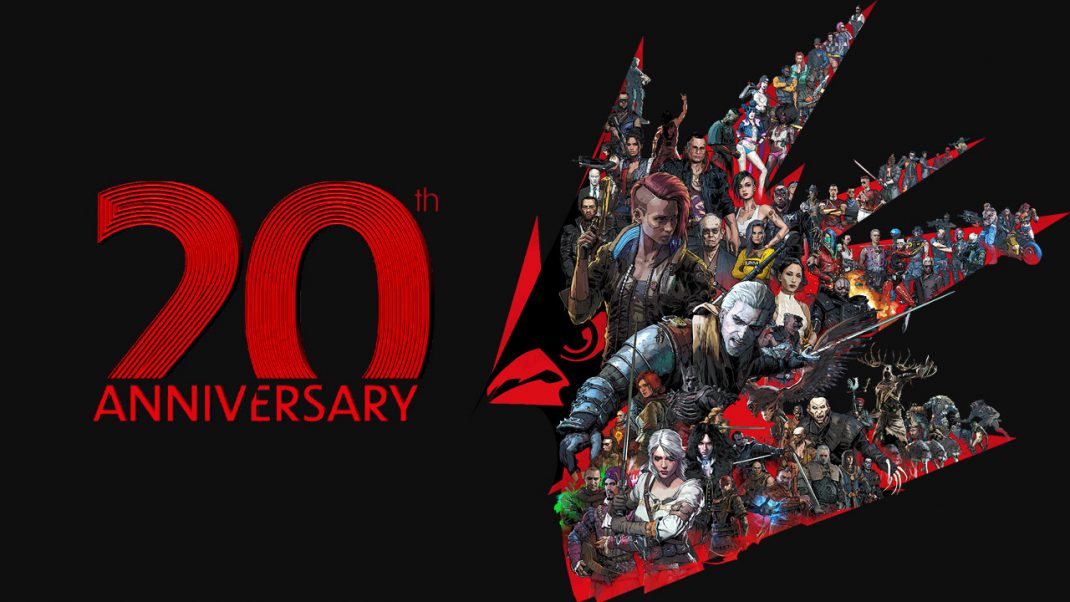 On July 1st, 2022, CD PROJEKT RED celebrates its 20th anniversary, marking two decades since the studio entered the video game development scene and began work on the first entry into The Witcher series of games.

After seeing success in the realms of video game distribution and localization, CD PROJEKT turned its attention to the development of its own game which led to the creation of CD PROJEKT RED, a video game development studio, and official announcement of that fact on July 1st, 2002.

In the twenty years since, CD PROJEKT RED has become a global industry name. The Witcher series of games — highlighted by 2015’s critically acclaimed The Witcher 3: Wild Hunt — has sold over 65 million copies, with development on an all new mainline The Witcher game having recently been announced, as well. Cyberpunk 2077, the studio’s latest release, has also become a globally recognized franchise, spawning its own anime series Cyberpunk: Edgerunners, created in collaboration with Studio Trigger and premiering on Netflix in September 2022. Currently CDPR is also working on the expansion for the game, to be released in 2023.

Looking back on the past 20 years, Head of Studio Adam Badowski said:

When we started CD PROJEKT RED, we didn’t know what you can and can’t do in the video game industry. We were rebels from the get-go, and we had to learn everything ourselves. That gave us the freedom to develop our games our way, and that distinct and personal approach has formed the core of our DNA — which you can see has shaped our games. These last twenty years have been exciting and fruitful for us, unpredictably so, and we are extremely proud of our achievements and the fact that we can constantly count on the support of our community. That in particular is something we all cherish here, and it is with this positivity and optimism we head into our twenty-first year and beyond.

The studio is focusing much of its anniversary celebrations around its passionate community. CD PROJEKT RED has held a close relationship with players since day one, and it is thanks to their support over the years that the studio is where it is today. Gamers have always been at the core of CDPR’s work and mission statement, and the recently announced 20th anniversary celebrations are the studio’s way of sharing this special occasion with its equally special community.

To that end, the studio has launched its own 20th anniversary website which invites community members to share their own memories of CD PROJEKT RED and its games via photographs, screenshots, artwork — and more. Gamers can upload their memories to the Birthday Gallery, and share this momentous milestone with both the studio and community members from all around the world.

Over the next few months, regular streams of CD PROJEKT RED games will be hosted on the 20th anniversary website, with studio members taking the audience on trips down memory lane every Wednesday, starting from July 6th. Visitors to the website will also be able to learn studio trivia, take part in challenges — and win prizes — and more.