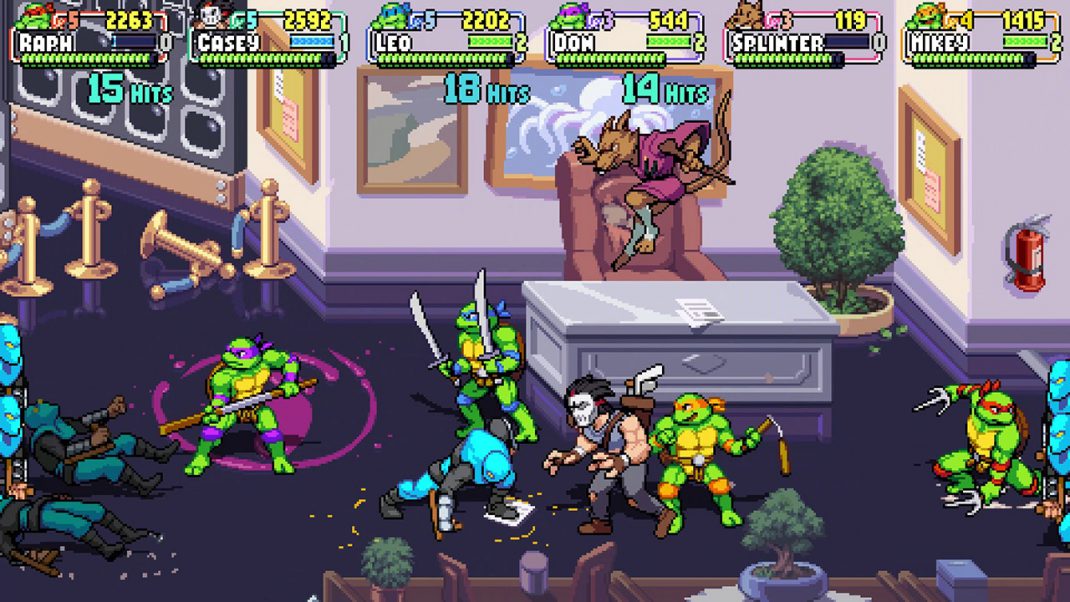 Nostalgia (noun) – a sentimental longing or wistful affection for the past, typically for a period or place with happy personal associations.

I was a big Teenage Mutant Ninja Turtles fan as a kid. The cartoon and arcade game dropped right in the middle of my childhood and I have many fond memories of the toys, the games, and everything else that came with TMNT fever. And TMNT Shredder’s Revenge brought all those great memories roaring back!

Right off the bat, TMNT Shredder’s Revenge opens up with the intro from the cartoon. It looks and sounds great and totally brings you back to those days in the arcade where TMNT was one of the first games where you could drop a quarter in at any time and join the fight with whichever turtle was still available. Shredder’s Revenge adds two more playable characters as both Splinter and April O’Neil are available to fight the Foot Clan (and believe me, April is one of the stronger fighters to choose from. 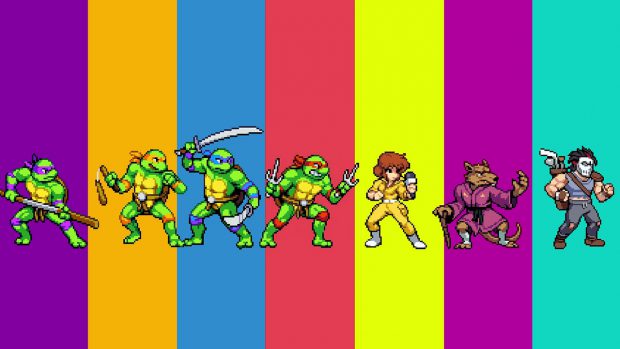 Shredder’s Revenge throws you right into the fight as you pursue the TMNT rogue’s gallery while they rush to steal and reassemble the Krang robot. A lot of levels are going to have a familiar feel including the office building (this time not on fire) and the city streets, along with the broken down Technodrome and many other familiar locations from the cartoon and games. They all looks much sharper with the updated graphics yet still give you that Mode 7 feel from the Super Nintendo days.

The controls are a lot smoother than the days of the TMNT arcade game which means you’re not always guaranteed to take a hit from behind if you’re in the middle of wrapping up a combo against an enemy. There’s over 20 different move combinations, holds, throws, and other offensive maneuvers to master in an attempt to make the game a little more accessible to today’s players. They’re not overly difficult combos like Mortal Kombat however so picking up on how best to stick and move around enemies is easy to pick up without being overly frustrating as the game itself is just as action packed as previous TMNT titles from days gone where the Foot Clan and other villains are always popping up ready to slice up some ingredients for Shredder’s turtle soup. 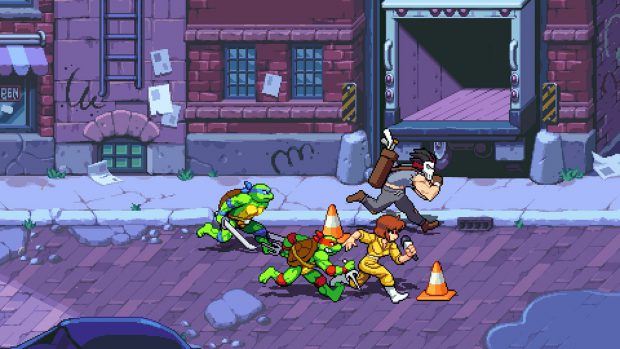 Speaking of villains, you’re going to recognize a lot of familiar faces just how they looked from the cartoon days. The Rat King, Bebop and Rocksteady, Baxter Stockman (and his mice catchers) and many others look awesome and not only that, they all sound almost exactly like they did in the cartoon. And speaking of, Cam Clarke (Leonardo), Townsend Coleman (Michelangelo), Barry Gordon (Donatello), and Rob Paulsen (Raphael), the original voices of the Teenage Mutant Ninja Turtles from the cartoons all reprise their roles as the voices of the Turtles and it’s instantly nostalgia city to hear all four of them again.

You’ll get a lot of eye candy as well as the levels are packed full of TMNT and villain vehicles, whether in the background like the Turtle Blimp or front and center like The Rat King’s sewer tank. The makers of Shredder’s Revenge really took time to make this game something special and you can absolutely tell they were big fans of the original cartoon and games as well.

Along with the story mode, Shredder’s Revenge also offers an arcade mode where it’s just like it sounds: Once you’re out of credits, the game is over and you have to start all the way back at the beginning. The enemies are a bit tougher too and this gives you that challenge of actually playing TMNT Shredder’s Revenge as an arcade console, almost like a “Hardcore Mode”. There’s also multiplayer options for Shredder’s Revenge and I’m really looking excited to teaming up with a group of friends and bringing everyone out for the fight; four turtles, Splinter, and April. 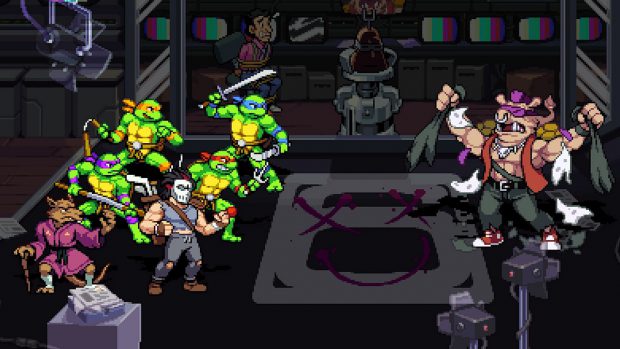 The sound design and music for the game has that classic TMNT game feel to them with a feel levels getting some tongue-in-cheek lyrical tracks that were actually very well done and added to the fun of the game. Many of the original sound bites from TMNT arcade and Super NES games are utilized in Shredder’s Revenge so you’ll get that nice warm TMNT audio blanket wrapped around you that you’re familiar with, including the epic “PIZZA TIME!!” shout when a turtle picks up an energy replenishing box of pizza. The music from level to level doesn’t stray too far from the beats and rhythm of TMNT games of the past so you get that fun and classic TMNT music feeling, even when the Foot Clan may be getting the better of you.

If you’re looking for that classic arcade TMNT feel with a few quality of life upgrades like sharper visuals, clear (and fantastic) voiceovers, and just an all-around fun time that’ll bring you back to the days that TMNT fever was sweeping the nation, look no further. TMNT Shredder’s Revenge is an incredibly fun time whether you’re a fan of the originals or have never had the chance to play the side-scrolling TMNT beat’em ups of the past and is easily accessible to even the most novice of those old-school “walk right to left” arcade titles. This game is incredibly fun and if you were even just a little bit of a fan of the cartoons and the original side-scrolling TMNT games, do not hesitate to pick up TMNT Shredder’s Revenge. You will not regret it in the least! 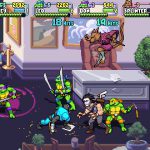