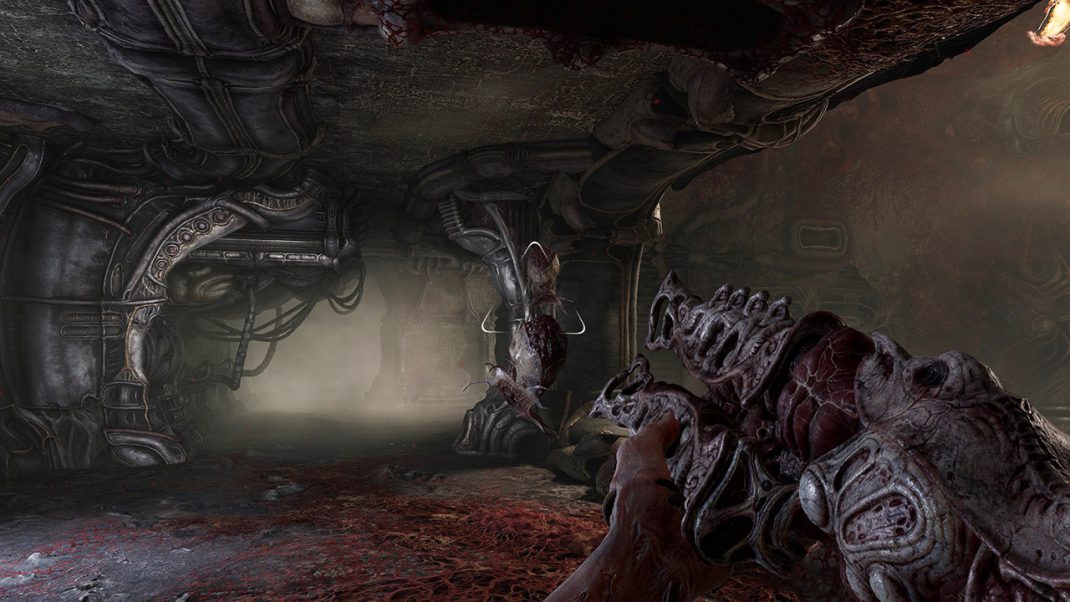 In a new trailer for the upcoming atmospheric horror game Scorn, developer Ebb Software and publisher Kepler Interactive today gave players a deeper look into the game’s nightmarish world, a biomechanical labyrinth with aesthetics inspired by the works of H.R. Giger creating a truly unsettling, interpretive experience. Horror fans will be able to experience the world of Scorn just in time for Halloween, when it launches on Oct. 21 2022, for Xbox Series X|S (day one with Xbox Game Pass) and PC (via Steam and Epic Games Store).

Debuted during the Xbox & Bethesda Games Showcase earlier today, the trailer centered on Scorn’s disturbing setting, a desolate hellscape once an industrial civilization that now lay in ruin. As players awaken isolated and lost within Scorn’s living labyrinth, they’re left to fend for themselves and find a way forward. Surrounded by visceral, fleshy contraptions and denizen creatures, every deadly encounter must be carefully considered with limited ammunition, health and resources. To unravel the mystery of the world around them, players will solve intricate puzzles on their search for unsettling answers and to slowly come to understand their existence.

Scorn’s twisted and interconnected environments evoke a sense of dread uninterrupted by direct guidance, upholding a thrilling sense of discovery and encouraging thoughtful progression from players bold enough to brave Scorn’s tense and mysterious journey. Players must harness their intuition – and possibly the darkest parts of their minds – to reach new areas and earn new abilities in their fight to make it out of the bio labyrinth.