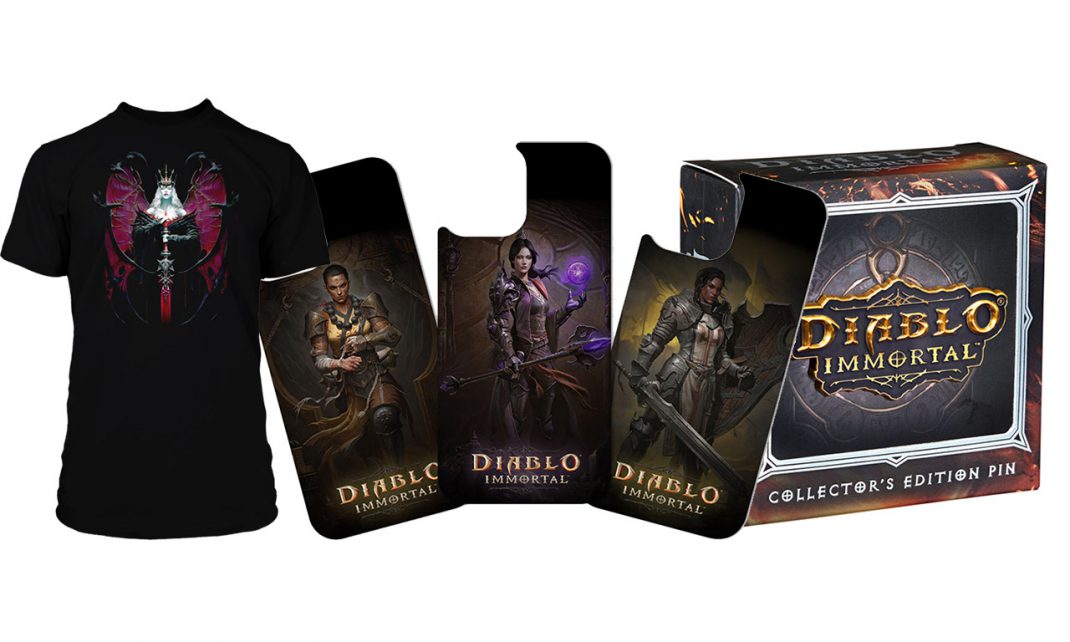 In celebration of this week’s Diablo® Immortal™ release, Blizzard Entertainment is inviting all fans to show their fandom with new and fresh merchandise straight from the depths of Hell via the Blizzard Gear Store.

Whether you play as a Barbarian, Necromancer, or one of the several other classes in Diablo Immortal, you can express yourself through new Diablo Immortal Phone Cases, or for those who prefer to worship the Lord of Terror, J!NX also has you covered with T-shirts displaying Skeleton King, and Countess. General collectibles will also be available, including the Diablo Immortal Collector’s Edition Pin and Diablo Immortal Fine Art.

In addition, fans can look forward to a brand-new collectible collaboration releasing June 8 between G FUEL and Diablo Immortal, allowing everyone to stay energized and hydrated while demon slaying on the go!