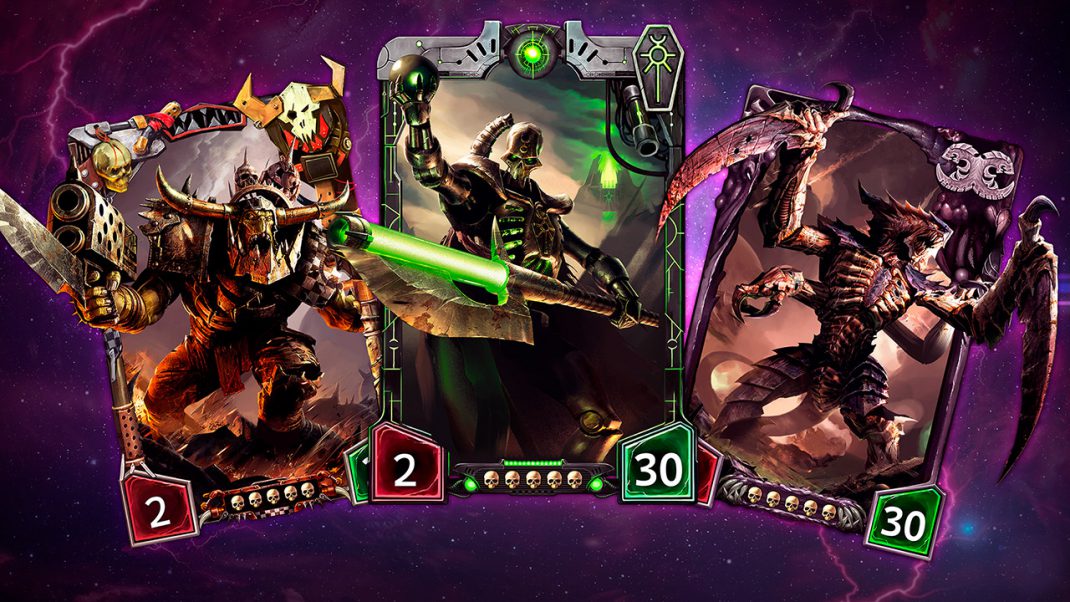 Everguild is delighted to announce that it will unleash Warhammer 40,000: Warpforge onto PC and mobile in 2023. A new, free-to-play digital card game set in the 41st millennium, Warpforge will bring together all the major factions of the Warhammer 40,000 universe as digital cards for players to collect and do battle with in brutal and fast-paced skirmishes.

In Warpforge, players will immerse themselves in the lore of Warhammer 40,000 through single player campaigns exploring each of the warring factions. They will then fight in draft and constructed competitive modes, in both regular play and time-limited competitions with unique rules of engagement. Committed players will be able to take part in massive alliance wars, which will test the mettle of even the most seasoned veterans.

From the resolute armies of the Imperium to the corrupted forces of Chaos and the myriad Xenos races, each faction will feature very different play styles and tactics. Several of the best-known armies will feature upon launch, with regular expansions bringing in more armies and races into battle over time.

As creators of the long-running digital card game ‘The Horus Heresy: Legions’, Everguild is uniquely placed to bring Warhammer 40,000 to life as a CCG. Andres Tallos, CEO of Everguild, said “As huge fans of Warhammer 40,000, we are committed to turning this vast universe into a genre-defining CCG. With fast and nail-biting gameplay, innovative game modes, superb visuals and a deep love for the lore showing through every detail, we are pushing the envelope in every aspect!”.

Warhammer 40,000: Warpforge is set to launch in 2023 onto Steam. Other platforms will follow, including a mobile version with full cross-platform support. Players can already wishlist the game on Steam, join the Discord channel and sign up to the mailing list, to get first hand insight into the development, exclusive perks and in-game rewards once the game is released.