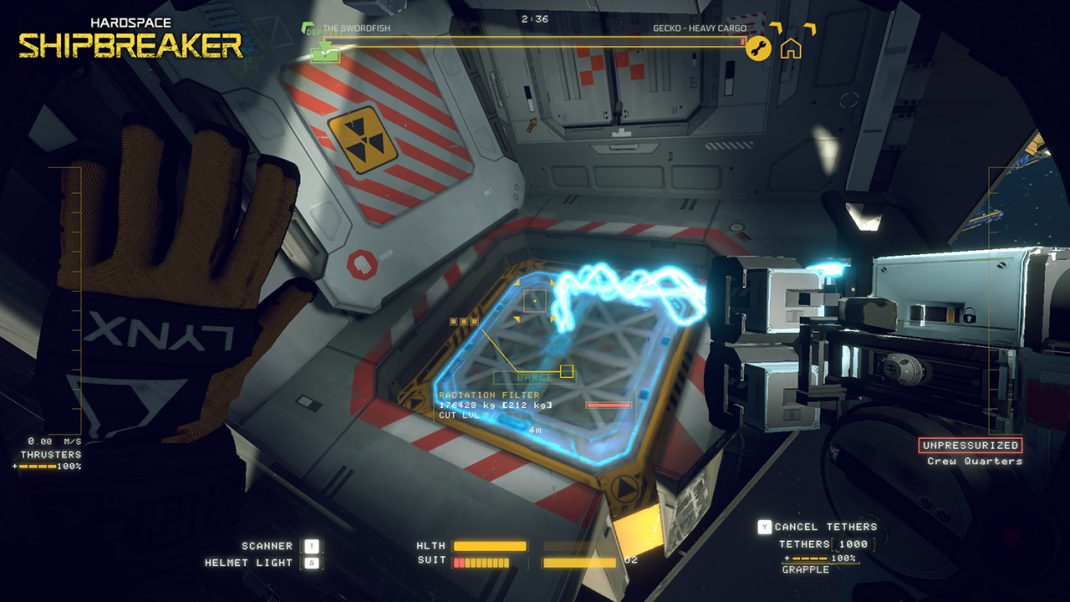 Hardspace: Shipbreaker, the acclaimed zero-g spaceship-salvaging sandbox game from Blackbird Interactive and Focus Entertainment, is available now on Steam and PC Game Pass. Fresh out of Steam Early Access with nearly two years of community-driven development, Hardspace: Shipbreaker 1.0 is finally here and ready to employ you in a thrilling, one-of-a-kind space career!

Experience the daily life of a working-class spaceship salvager in Hardspace: Shipbreaker, a sandbox game with next-gen physics and demolition effects set in an industrial sci-fi future. You’ll need to master scanning, cutting and dismantling a variety of increasingly hazardous spaceships for valuable components and resources to pay off your astronomical credit debt to the LYNX corporation. Death lurks around every bulkhead, but danger is how you earn your paycheck.

In addition to the compelling campaign and casual free-play modes that make up your solo journey as a space worker, you can test your skills in R.A.C.E mode and win timed competitions against other shipbreakers on the leaderboard.

Hardspace: Shipbreaker has grown immensely with multiple updates since its early access release, with three new ship classes as well as ghost ship variants; improved visuals and performance; new equipment, salvage and hazards such as the demo charge and radiation; a full story mode in a three-act campaign; new characters; and the R.A.C.E, a competitive mode with time-limited challenges.

To celebrate the 1.0 release, players can get their hands on a double vinyl edition of the Hardspace: Shipbreaker OST! Pre-order now and enjoy laid-back Americana sound enhanced with synth notes to infuse your salvager’s existence.

Hardspace: Shipbreaker is available on the Focus Store, as well as on Steam and the Microsoft Store with a 25% launch discount. A bundle featuring the full game and OST is also available on Steam. The game is free to download for PC Game Pass subscribers