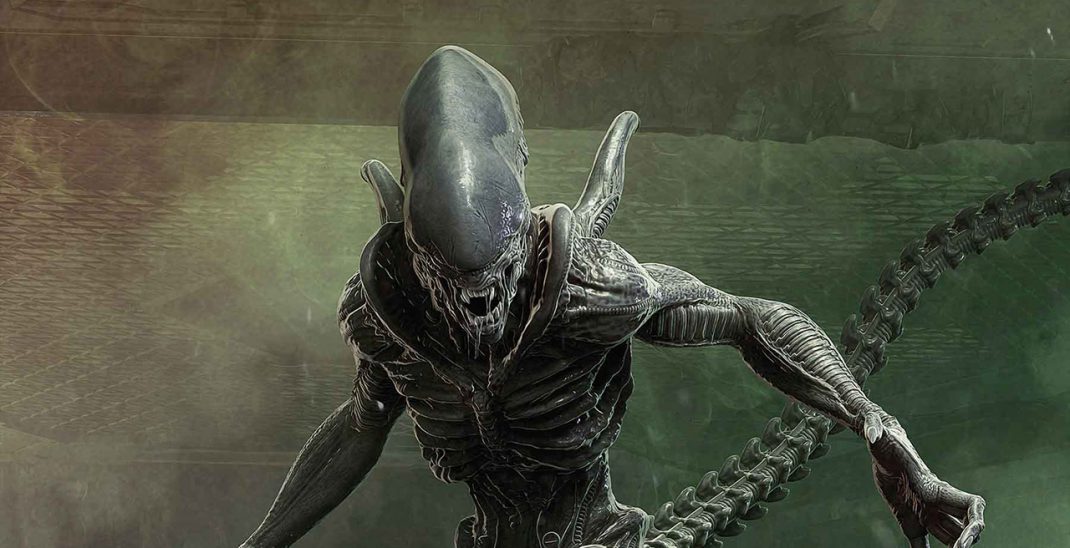 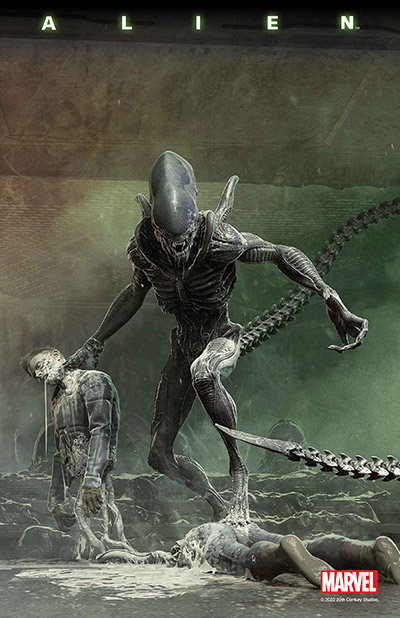 This August, writer Phillip Kennedy Johnson will continue his bold contributions to the world of ALIEN in an all-new comic series! Featuring the incredible and terrifying artwork of rising star Julius Ohta, ALIEN #1 will kick off a new saga that will serve as a perfect entrypoint into the legendary horror/science-fiction franchise for newcomers and a must-read for longtime fans. Packed with thrilling revelations and fresh insights into the ALIEN mythos, this new chapter promises to further explore the hard-hitting themes Johnson presented in the title’s first era as a new cast of characters must go deep into Xenomorph territory for a chance to combat human extinction.

A small colony of synths have settled in secret on a backwater moon. When a company of United System soldiers come to them for help retrieving biotechnology on a hostile planet that could be the key to saving humanity, the synths must decide whether the prospect of peace between man and machine is worth the risk of betrayal.

“Writing season one of Marvel’s Alien was a horror fanboy’s dream come true,” Johnson said. “We got to tell exactly the story we wanted to tell, bringing horrific new species of Xenomorph to life while also exploring the themes of family and corporate distrust that are such a crucial part of the films. And as much as I loved our season one, we’re outdoing it in every way in the new series.

“Julius Ohta is exceeding all expectations as series artist. Every background, every facial expression and emotion, and of course, all the environmental creepiness and full-on body horror is lovingly rendered by Julius, who is at the absolute TOP of his game right now. I can’t say enough great things about him. Fans are going to be truly spoiled. Stay tuned for one of the best, most beautiful Alien comics ever made.”

“When I got the invite to draw the new Alien series, I had a professional and standard reaction – I was glad to be invited and I was determined to make it the best work of my life. But then, a few minutes later, it came all at once – I understood that I was going to draw Alien… THE ALIEN. I freaked out (in a very good way) and then I knew the tremendous responsibility that is to be in this franchise,” Ohta added. “Even though there’s a huge responsibility to bring the series to life, I couldn’t expect a better welcome from the creative team. It’s been fantastic to work with Phillip, Sarah [Brunstad] and everyone involved. Phillip is a genius and also a gentleman and is always looking for something to make the story better. When I started reading the script, I couldn’t stop until I reached the last page. I could talk about it forever… Sarah is such a kind editor and it’s been a dream to work with these guys!

“The Alien franchise influenced an entire generation and I’m among the people who were hugely influenced by the movies, designs, games and so much more. I hope readers enjoy the series we are bringing to them.”

MAN, MACHINE, AND THE MOST TERRIFYING CREATURE IN THE UNIVERSE…IT’S AN EXPRESS ELEVATOR TO HELL, AND YOU’RE GONNA WANT TO BE ON IT! Don’t miss ALIEN #1 when it arrives this August! For more information, visit Marvel.com.