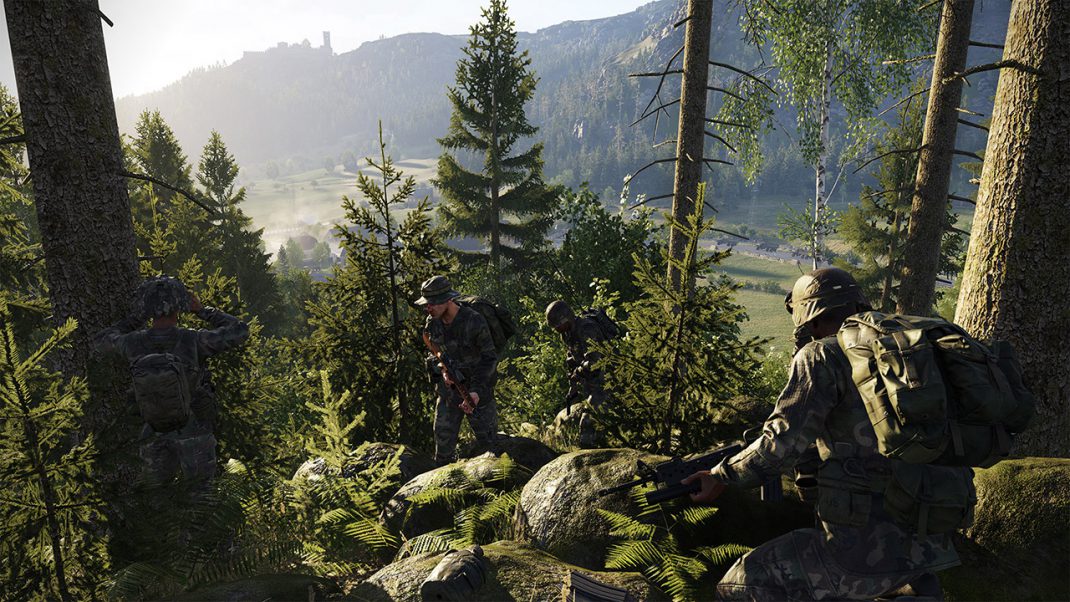 Today, Bohemia Interactive invites Arma fans to experience the future of the series with a work-in-progress version of their next release, Arma Reforger. Simultaneously, the Czech-based game company officially confirms the development of the highly anticipated Arma 4 in a new cinematic video recounting the franchise’s most significant milestones.

Arma Reforger, available now on PC (Early Access) and Xbox Series X/S (Game Preview), will showcase the studio’s progress on their new Enfusion engine and offer a glimpse of things to come. Functioning as a creative platform, Arma Reforger will provide multiple tools and services for users to modify and adjust the experience.

As a standalone installment, Arma Reforger serves a platform for players to enjoy the new capabilities of Enfusion as well as to provide valuable feedback for the ongoing development of Arma 4. Besides this, Arma Reforger hopes to empower Bohemia Interactive’s dedicated community of modders with an exciting new suite of integrated, in-house Enfusion tools.

Drawing on the success of Bohemia Interactive’s debut game Arma: Cold War Assault, Arma Reforger returns players to the island of Everon and a familiar fictional 1980’s setting. The terrain itself, part of the fictitious Malden Islands archipelago, has been reimagined and faithfully recreated, with added improvements, such as lakes, ponds, and flowing rivers; each a popular feature request, made possible through Enfusion. The terrain, spanning an impressive 164 km2 area containing 51 km2 of landmass, offers players a stunning environment to discover, replete with dense forests, low-rolling hills, mountains, patchwork fields, and idyllic towns, inspired by the former state of Czechoslovakia and embellished with some necessary overtures towards the nation’s historic French heritage and maritime flavor.

In terms of playable content, Arma Reforger comes with two multiplayer game modes. The first of these is Conflict— a team versus team deployment, where players are compelled to work together in order to capture strategic positions from the enemy. By base-building and completing tasks, combatants can earn battlefield promotions and rise up through the ranks. There are two factions to choose from, American or Soviet, and each comes with its own era-authentic weapons, vehicles, and equipment. There is also a smaller independent force, with unique apparel that community veterans will quickly recognize from the first game in the company’s mil-sim legacy.

The second game mode is a real-time scenario editor, known as Game Master. In this dynamic sandbox, one or more curators take on the role of Game Master, creating responsive combat encounters for other players. Designed with both newcomers and long-standing Arma gamers in mind, this fast-paced, mod-compatible mission-maker ensures playthroughs are different every time.

In addition to all this, Arma Reforger is launching with access to an exclusive, in-game platform for sharing user content, named Workshop. Here, mods generated by PC users can be published for everyone to enjoy, including those playing on console. Furthermore, Bohemia Interactive is supporting the game’s release with Workbench; a software package that provides the community with the very same tools used for development. Any user, with a fair knowledge of C# scripting, should be able to add custom AI behaviors, audio and visual assets, or even completely new gameplay mechanics. Artists too can import their creations using intuitive, streamlined workflows. Essentially, imaginative players will be able to explore Enfusion to its limits and receive a crash course in Arma 4 modding, well ahead of schedule.

Main features of Arma Reforger are:

At present, Arma Reforger has no official v1.0 release date, although it will leave Early Access/Game Preview once it’s considered complete. Bohemia Interactive is also pledging continued support for the title, even as their teams shift their focus and resources towards Arma 4.

Explore Bohemia Interactive’s web pages that present the past, present, and future of Arma. ArmaPlatform congregates all the Arma titles, easy access to the games themselves, and information. Arma Reforger website addresses the latest installment in the Arma series. Arma 4 website will outline the upcoming title in the future.