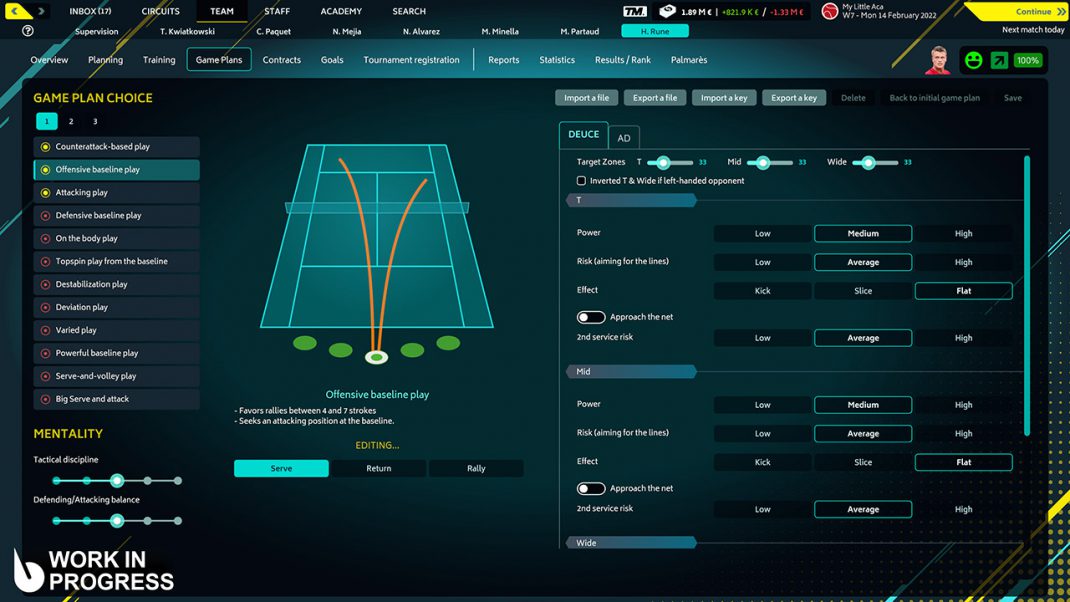 French independent developer and publisher Rebound CG has announced Tennis Manager 2022 will launch on May 17 via Steam and Epic Games Store. Following a year of early access development, the feature-rich sequel to the hit 2021 game will release just in time to accompany tennis fans through the thrills and spills of this year’s Roland-Garros French Open tournament beginning on May 16.

Building on the breakout success of the 2021 series debut, Tennis Manager 2022 takes the experience to new heights of immersive realism, on and off the court. Players will take the helm of their tennis academy and expertly guide athletes through training and tournaments to the dizzying heights of international success.

New gameplay features include player creation, round robin tournaments, in-depth team management tools, and a new contract management and negotiation system. Among the numerous technical and graphical enhancements are improved match simulation AI, revamped animations, and much more. With the release of Tennis Manager 2022, the franchise looks set to secure its place alongside the greats of sports management simulation games.

For an overview of what’s coming in Tennis Manager 2022, check out the New Features Trailer:

“Tennis Manager 22 marks the start of an important new phase for the Tennis Manager series, a franchise that we’re committed to growing,” said Augustin Pluchet, CEO of Rebound CG. “Tennis Manager 21 exceeded our expectations to become the highest rated tennis game in nearly a decade, so we’re thrilled to be able to build on that and deliver fans an enriched and enhanced gameplay experience with Tennis Manager 22.”

Tennis Manager 2022 will be available on May 17 via Steam, Epic Games Store, GOG and the Mac App Store for $39.99/39.99€. The game will be discounted during its launch period. Owners of Tennis Manager 2021 will receive an additional discount on Steam.