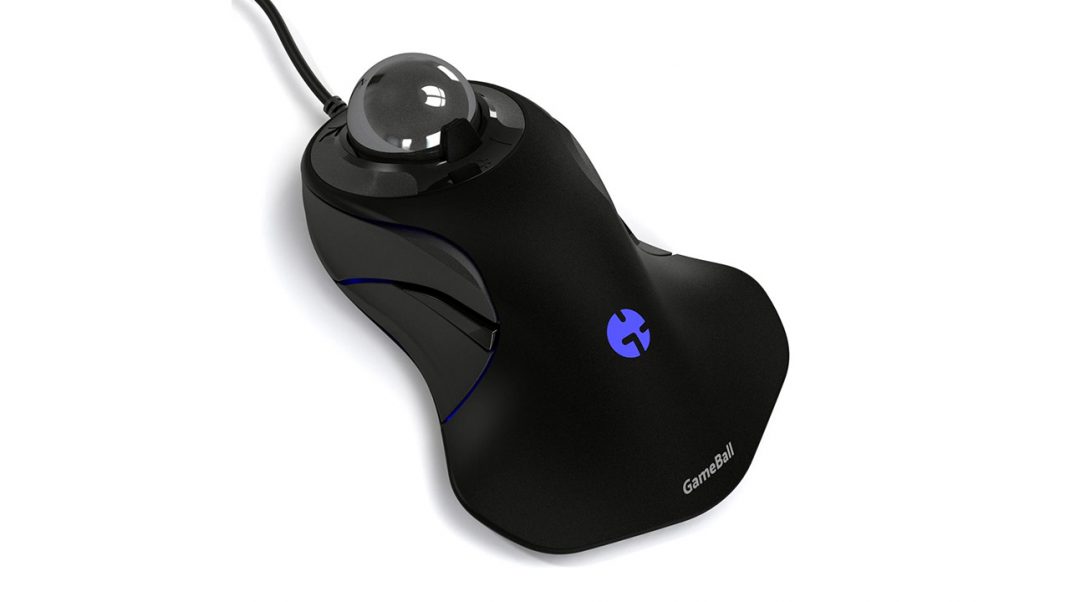 The trackball was invented right after the Second World War as an interface for radar plotting systems. After, it began to see use in other industrial applications and, with the rise of personal computers and workstations, consumer use. These trackballs initially used a mechanical, ball-driven system similar to early computer mice. Eventually, the trackball began to use non-mechanical sensors to pick up ball movement. Aside from use in many arcade cabinets, the trackball never took off for home video gamers – who mostly opted for gaming-specific mice like Razer’s Boomslang and console gamepads. In my youth, however, I loved using the Logitech Trackman when playing Sierra’s TRIBES with my friends. It allowed me to get more kills per game, bar none. Nowadays there are no gaming trackballs out there – that is, until now. A new player has entered the trackball game: GameBall. The GameBall gaming trackball is a new product focused on bringing gamers the power and beauty of a trackball without losing its other more utilitarian features. 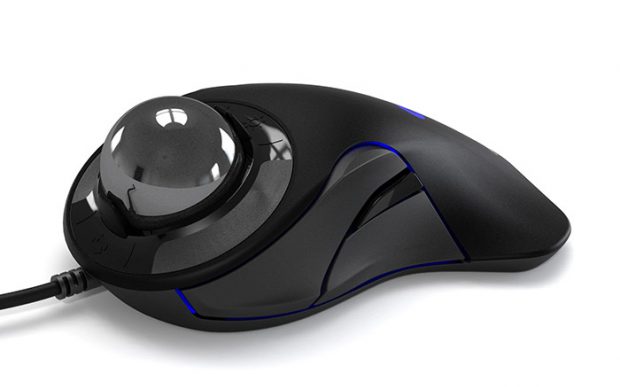 The design of the GameBall gaming trackball is robust, made from high-quality materials. It’s plastic body features a rubberized texture that is comfortable on the palm and doesn’t get shiny with oil. The overall design is also ambidextrous, meaning that our left-handed gamers are not left out in the cold like they are with so many gaming mice. The trackball of the GameBall is 1.5 inches in diameter – this allows for fine muscle control while also not being so heavy or unwieldy that its own inertia causes inaccuracy when playing. Inside the GameBall you’ll find a PixArt optical sensor capable of several DPI stages (400, 800, 1200, 2000, or 3000). Of course, DPI in a trackball is different that when written of in gaming mice. It translates differently but know that 3000 DPI in a trackball is ultra-sensitive and way more than enough for any “twitch” gamers out there. The bottom of the GameBall is wide and features non-slip pads which prevent it from sliding around your desktop. The cable of the GameBall is not braided, which is usually a no-no when it comes to pointing devices but, in the case of a trackball, it isn’t meant to move so a braided cable would be wasted. 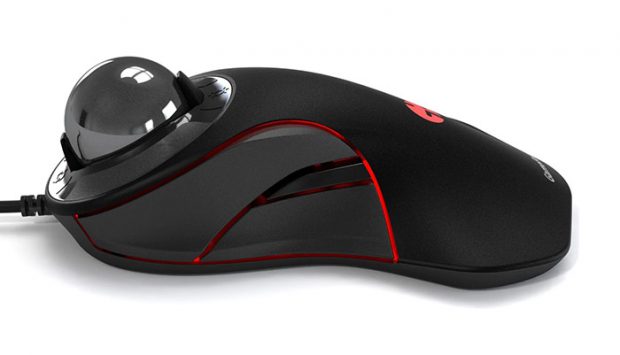 Unlike most gaming mice from the big manufacturers out there, the GameBall gaming trackball doesn’t need any special software installed to setup or configure it for use. Smartly, GameBall has engineered all of the setup functions inside the GameBall itself. Everything from changing the DPI stages to swapping what is considered the left and right buttons. While these button press combinations are not always the most intuitive, they do include a Quick Start Guide within the box for you to look up the adjustments. Also, it is necessary to update the GameBall to the latest firmware release to get all of the new features and button swap capability. 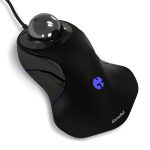