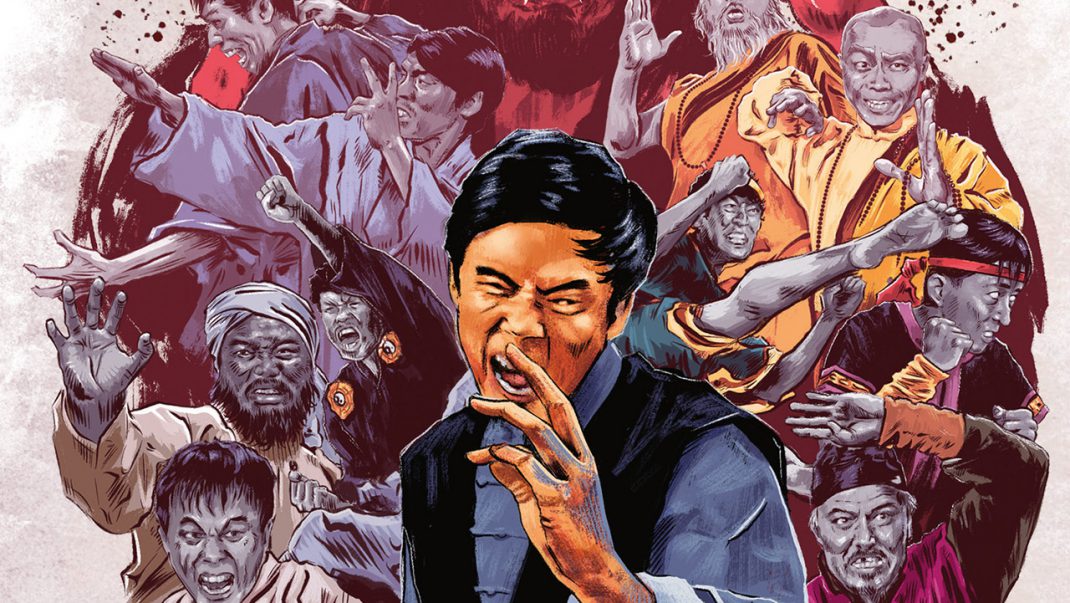 Arrow is turning up the temperature early this year with May releases that include an under-seen slasher gem, a martial arts masterpiece, and late ’90s neo-noir sleaze. It’s a great time to be a fan of physical media.

In the early ’80s, the slasher film reigned supreme. While franchises headlined by guys named Michael, Freddy, and Jason received most of the attention, smaller entries routinely popped up all across America. On May 17, Arrow will shine a light on one of these lesser-known efforts – Girls Nite Out. Originally released as The Scaremaker, Girls Nite Out is an oddball slasher directed by a former documentarian and produced by a pair of Ohio attorneys. A group of college coeds participates in an all-night scavenger hunt when the fun is interrupted by a killer in a bear costume. Arrow will be releasing the film in a brand-new 2K restoration and loaded up with special features, including all-new interviews with stars Julia Montgomery, Laura Summer, Lois Robbins, Paul Christie, Lauren-Marie Taylor, and John Didrichsen.

On May 24, Arrow will celebrate the life of the late, great Jimmy Wang Yu with the release of what may be his finest work – One-Armed Boxer. Yu directs and stars as Tien Lung, a martial arts student that loses an arm in the same attack that leaves his classmates and master dead. Fueled by revenge, Tien Lung studies the art of one-arm boxing with plans to track down the Hook gang responsible for his unfortunate predicament. One-Armed Boxer is widely regarded as one of the most influential martial arts films of the ’70s and the film that put Jimmy Wang Yu on the map. Director Quentin Tarantino has referred to it as “one of the best martial arts films ever made,” and it paved the way for an iconic sequel in Master of the Flying Guillotine. The new release from Arrow features a 2K restoration, audio commentary with Frank Djeng from the NY Asian Film Festival, a career retrospective interview with Wang Yu, and much, much more.

Things get hot and steamy in 4K on May 24 with the release of John McNaughton’s Wild Things in both standard Blu-ray and UHD Blu-ray. Matt Dillon stars as a high school guidance counselor accused of rape by two students (Denise Richards and Neve Campbell). During the highly controversial trial, a police detective (Kevin Bacon) begins to suspect the trio may be in cahoots. Critics have praised Wild Things as “delightfully salacious” and a treat for lovers of trash cinema. Famed critic Roger Ebert gave the film 3 out of 4 stars, calling it a “three-way collision between a softcore sex film, a soap opera and a B-grade noir.” Arrow is proud to present the film with 4K restorations of both the Original Theatrical Version and the Unrated Edition from the original camera negatives by Sony Pictures Entertainment. Special features include two audio commentary tracks, new interviews with McNaughton and Richards, a making-of documentary, a double-sided fold-out post, and more. This is truly the release that Wild Things has always deserved.