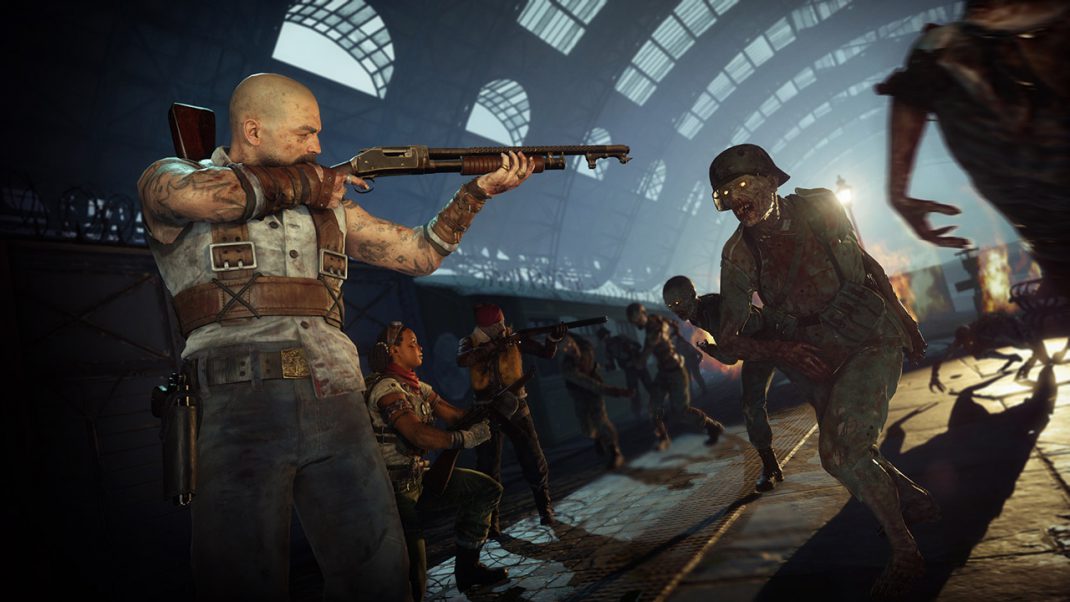 Rebellion, one of the world’s most successful independent developers and publishers, is delighted to announce that Zombie Army 4: Dead War is available now on Nintendo Switch, bringing single and multiplayer mayhem, gore and carnage to the handheld. Previously released on PlayStation 4, Xbox One and PC, the Nintendo Switch version of Zombie Army 4 makes no compromises, featuring the same massive hordes of the undead while also including all of the content from Season Pass One on the game card.

Zombie Army 4 is the perfect co-operative shooter as you and your friends can take on hordes of the undead with support for two to four players in both local wireless and online modes.

Developed by Rebellion North, Zombie Army 4: Dead War on Nintendo Switch dynamically changes resolution to ensure a smooth 30fps experience, running up to 1080p when docked and 720p when undocked. The game includes a number of Nintendo Switch-specific features and in-game Achievements. Players are able to utilize the gyroscope to fine-tune their aim or use the Pro Controller. Upon completing the base game’s storyline they will unlock ‘Nightmare Mode,’ which will increase the challenge even further. Zombie Army 4 also takes advantage of Steam Cross-Save* – allowing users to take their Steam saves onto their Nintendo Switch to continue the fight on the move.

As an additional bonus for Nintendo Switch owners, all of the content from Season Pass One is included with the game at launch, giving players three additional levels, four character packs, nine weapon bundles, five weapon skin packs and four character outfit bundles. The same pack is now available free on all other platforms.

If that’s still not enough content for you then both Season Pass Two and Season Pass Three are available to purchase now on the Nintendo eShop.

Zombie Army 4: Dead War is available to buy now on Nintendo Switch for $49.99. It is also available on PlayStation 4, Xbox One, Epic Games Store, Steam, the Microsoft Store and Google Stadia. It’s playable on PlayStation 5 and Xbox Series X|S with upgraded next-gen features.