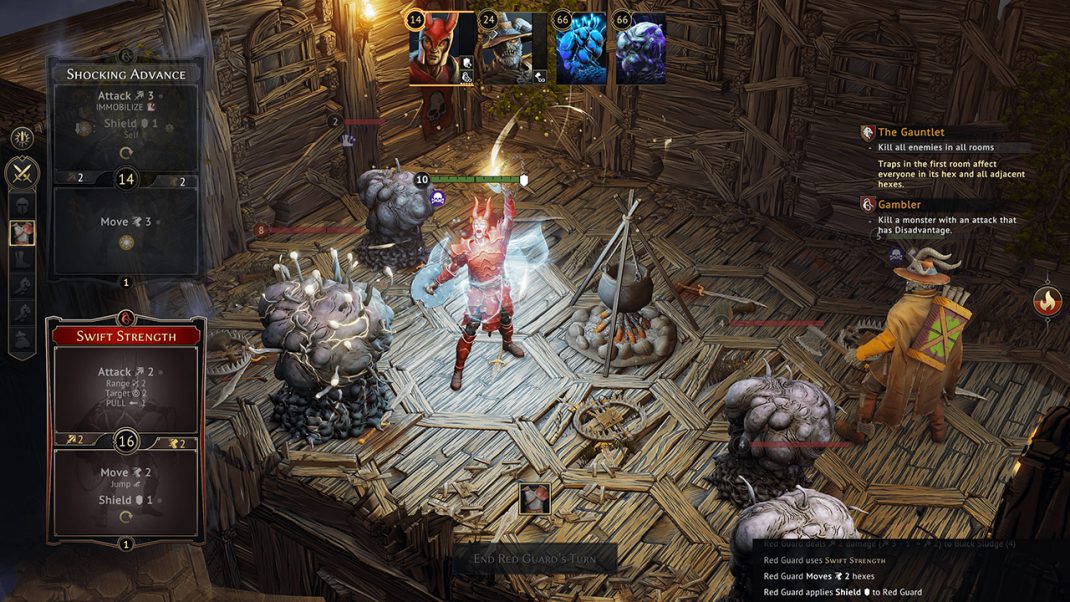 Gloomhaven – Jaws of the Lion DLC Coming to Gloomhaven Digital

Asmodee Digital and Flaming Fowl Studios have announced that Gloomhaven – Jaws of the Lion, Gloomhaven Digital’s first DLC, will be available on PC and Mac on May 17th. With this adaptation of the eponymous board game; players will be given a new challenge with more than 30 hours of new content. It will include the four mercenaries, new enemies and all 25 scenarios from the original board game, with some tweaks and balance made by the original designer, Isaac Childres.

As a DLC to Gloomhaven Digital, the new Jaws of the Lion scenarios will be playable in the Story campaign once the players have beaten the second scenario of the base game. With 25 new scenarios available, players can explore a new side of Gloomhaven as a new ominous threat looms over its inhabitants. Cultists and vermlings roam the undercity and people disappear night after night. Sinister rumors are spreading, with some speaking of otherworldly howls, strange voices, and blood… so much blood…

In both Story and Guildmaster campaigns, players will be able to choose from four new mercenaries, each with vastly different playstyles: the Red Guard, Hatchet, Demolitionist, and Void Warden, as well as 24 new Battle Goals. As players progress within Gloomhaven – Jaws of the Lion, they will encounter 10 new enemies, from crazed Zealots to terrifying Chaos Demons. They will also have to make tough decisions in 22 new city events, and 10 new items will be added to the market via new chests and scenarios.

Adapted from Isaac Childres’ acclaimed board game, winner of six Golden Geek awards, Gloomhaven Digital offers a unique tactical card-based gameplay rewarding only the most daring players with the sharpest minds. Fully playable in online co-op with up to four players, Gloomhaven features all the content from the original board game alongside an exclusive digital-only Guildmaster campaign and all-new features. Every player will need to have the Jaws of the Lion DLC in order to access the content of the DLC in multiplayer.

Gloomhaven is already available on Steam, GoG, PC and macOS for £27.79 / $34.99
The game features text in English, French, German, and Spanish.