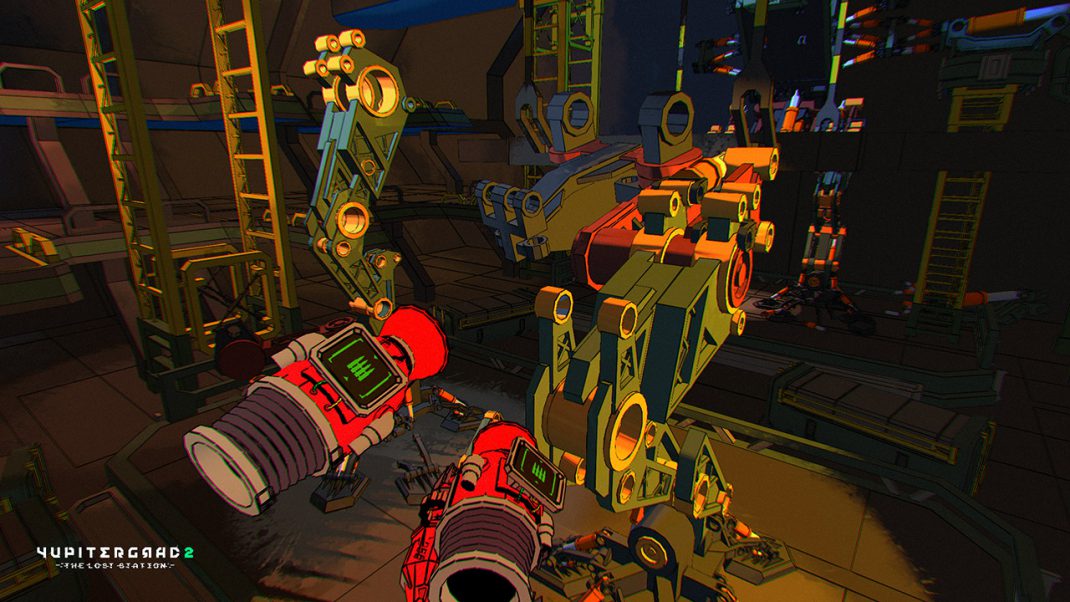 The unique Yupitergrad (2020) will receive a sequel. Let’s back to the VR adventure on the space station! Thanks to the first part of the game created by Gamedust, studio gained great recognition among VR players and reviewers. Its average rating on the Oculus platform is 4.7/5 with over 500 votes. The creators announce that Yupirtegrad 2: The Lost Station is more action-packed, ambitious, and expanded than its predecessor.

Watch the reveal trailer of Yupitergrad 2: The Lost Station and get ready for an adventure full of puzzle-solving, wacky humor, spatial stunts, and space acrobatics!

The game will offer an interesting story spiced with a large dose of characteristic humor, combined with the possibility of free exploration of the vast space station, on which our hero finds himself after receiving a mysterious signal. Players will be able to freely explore the environment in virtual reality, swinging on ropes (like space Tarzan), look for hidden secrets and ways to unlock further passages and inaccessible areas. And now, combat comes to that as well.

Besides combat developers will introduce new mechanics. Yupitergrad 2: The Lost Station will be the first modern Metroidvania type of game in VR. Players will be provided with unique equipment (gadgets) that will help them move around the space station and solve various environmental puzzles, including well-known grappling hooks with suction cups for swinging and boosters.

– Our whole team had a great time creating the first Yupitergrad, and on top of that, the game was a success. We still want to swing in space and further develop this world. Yupitergrad 2: The Lost Station will be a unique game as it is the first, faithful to the genre, Metroidvania in a VR environment. We are preparing the possibility of acquiring new equipment, searching for ways to open doors, and above all, a lot of freedom moving around the beautiful and detailed space station – said Dominik Strugała, game designer from Gamedust.

The developers announced that Yupitergrad 2: The Lost Station will be released on Oculus Quest and other VR platforms. The game’s Steam card will be revealed in the coming weeks.