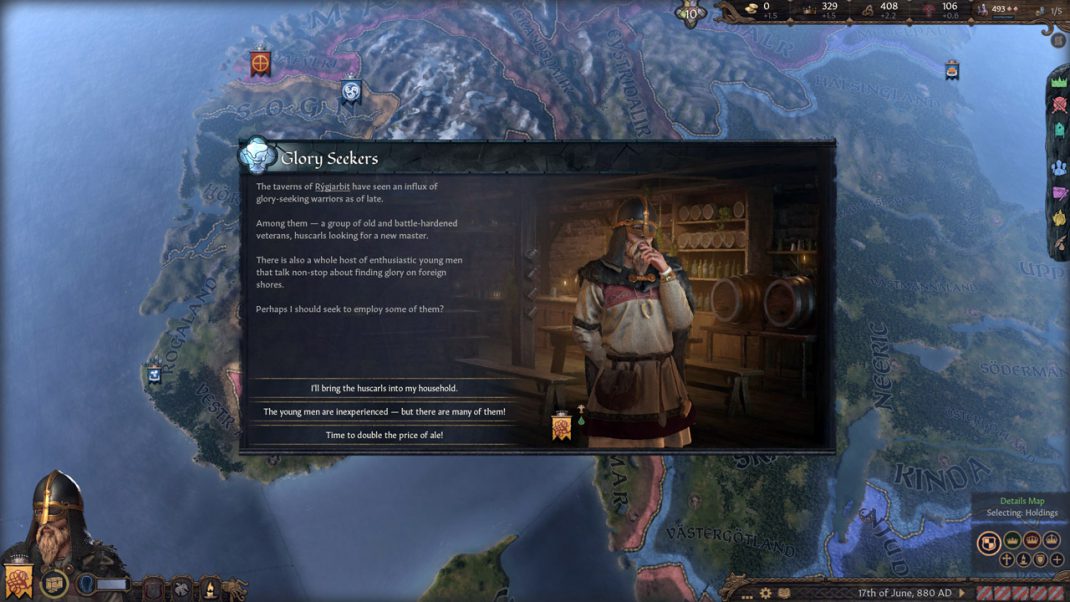 New kingdoms are ready to be founded, and new dynasties will be honored worldwide as Crusader Kings III comes to to Xbox Series X|S and PlayStation 5 today. Paradox’s much loved grand strategy role-playing game has been thrilling PC gamers since 2020, and now players on other platforms have the chance to relive and rewrite medieval history.

In Crusader Kings III, players lead a royal family through the centuries, controlling characters and their heirs as they try to establish and protect their claims to land, titles and glory. The realm of a warlike adventurer could be inherited by a more devious son, changing how you see and use the levers of power. Warfare, spycraft, diplomacy and religion are all available and active fronts in the grandest historical adventure ever to come to consoles.

Features of Crusader Kings III include:

Crusader Kings III on console features an adapted interface and control scheme specifically tailored to larger screens and console gamepads. The all-new control map lets players quickly and easily navigate the game’s menus via triggers, bumpers, and quick flicks of the analog stick. The console edition also utilizes the key capabilities of the Xbox Series X|S and PlayStation 5, like super-fast load times for a seamless gameplay experience as well as Haptic and Adaptive Trigger controller feedback. On the Xbox Series X|S, players will be able to switch between gameplay and other applications, like YouTube, using Quick Resume, where they can consult a tutorial on how to quell a peasant revolt.

PlayStation 5 users will experience the game’s stress mechanics themselves, as their DualSense controllers physically react to in-game events as they unfold. The more stress a character has accrued, the more resistance will be applied to the DualSense controller’s Adaptive Triggers, for instance. The PS5’s Activities and Game Help also provide a platform to assist new players as they take their first steps in the world of Crusader Kings.