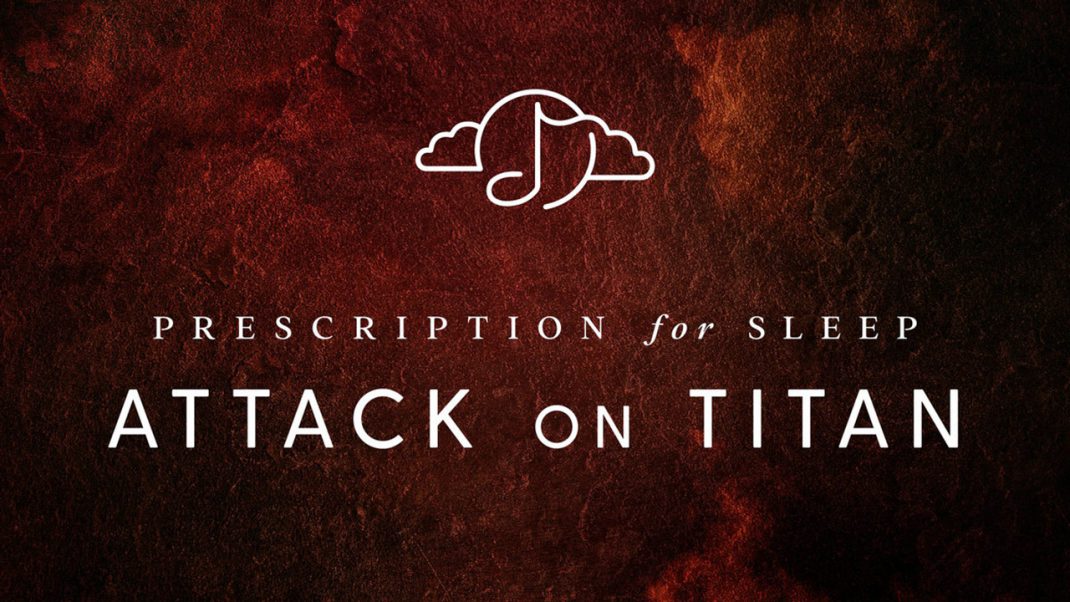 Scarlet Moon Records is pleased to present Prescription for Sleep: Attack on Titan, the 12th album in their Billboard-charting jazz album series. This volume marks GENTLE LOVE’s first foray into the world of Japanese animation and is remarkable for bringing peace and relaxation to such a graphically violent and tragic series. The track selection includes fan-favorites from across all four seasons, with music composed by Hiroyuki Sawano and Kohta Yamamoto. A digital booklet is available exclusively on Bandcamp including full credits, recording notes, liner notes, and an interview with GENTLE LOVE. The album also features an original theme inspired by Attack on Titan titled “Sunrise” which explores a “new beginning” and the afterlife. Prescription for Sleep: Attack on Titan is now available for pre-order on Bandcamp, Amazon, and Apple Music:

Prescription for Sleep: Attack on Titan on Bandcamp

“I came to enjoy Attack on Titan pretty late, right before season 2, so I haven’t been waiting nearly as long as most fans out there,” comments Scarlet Moon producer Jayson Napolitano. “This is the first time we’ve produced an album in the series that does not cover a videogame and with themes that don’t particularly align with what Hibino-san is trying to do in therapeutic music, but our goal was to ‘bring peace’ to something so tragic and violent, and I’m really happy with how it turned out. I hope listeners enjoy it as much as we do.”

The full track listing for Prescription for Sleep: Attack on Titan is as follows: