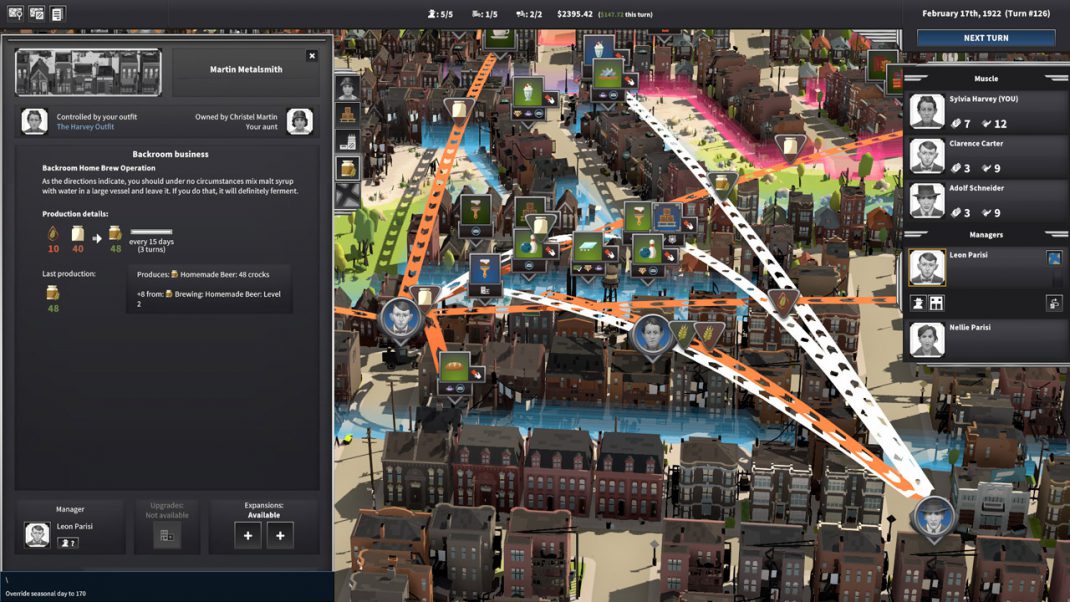 Powerful new role upgrades and daring new schemes, such as bank robberies, are now possible in City of Gangsters via the Criminal Record DLC, available to buy now.

To coincide with the DLC launch, a new video has been released which shows all the additions to City of Gangsters made since release which further improve the gameplay experience:

In Criminal Record, you can give your mob its own distinct hierarchy and feel by assigning new roles based on their specific experience to gain access to a variety of new abilities. Have a crew member that is adept at knocking heads? ‘The Enforcer’ will see them gain abilities that no other role can have.

These special roles also unlock actions called ‘schemes’, which range from blackmailing a local cop to taking on a risky bank robbery of one of the cities banks.

A brand-new Philadelphia map also provides additional resource production as well as a unique starting condition with potentially lucrative outcomes for those not averse to the odd bank robbery.

Bosses of a certain standing will also be able to set up their own office in a secluded country lodge or stylish downtown penthouse, filling them up with spoils of victory and mementos of their criminal escapades.

As with the previous Atlantic City DLC, a taste of these new mechanics will also be available for free to base game players via Update 1.3 which is also available to download now.