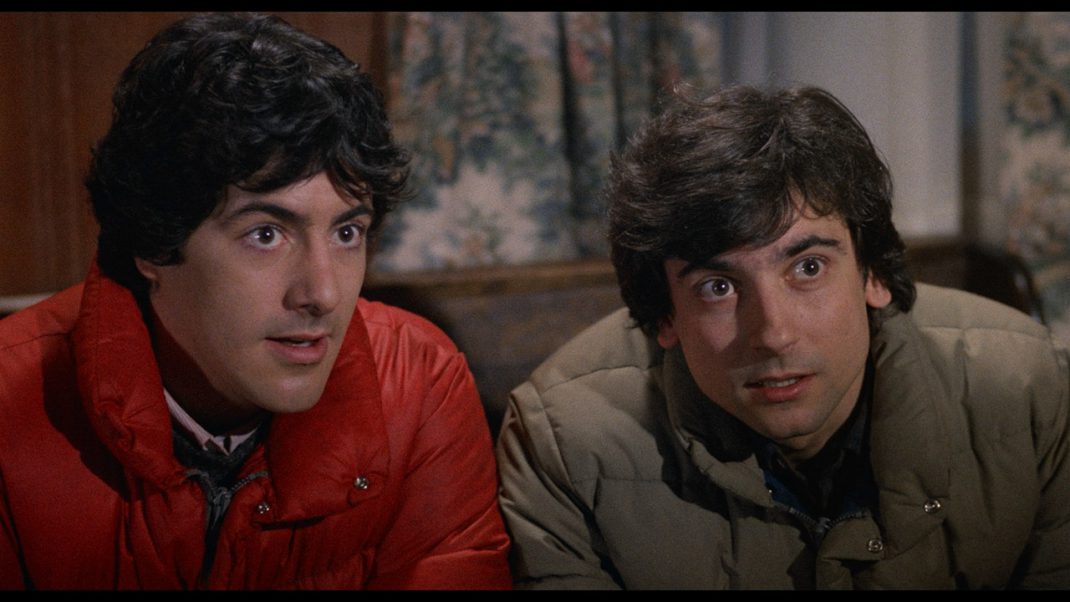 This Spring, Arrow is proud to wow fans of cinema with two new titles making their Blu-ray debuts, while an old favorite returns with an all new 4K UHD release.

On March 15th, An American Werewolf in London bites its way into 4K. Directed by John Landis, this horror-comedy tells the story of two friends (David Naughton and Griffin Dunne) that are viciously attacked by a wolf-like creature while backpacking through England. One friend dies while the other suffers a much worse fate – he becomes a werewolf. Featuring a gnarly and bone-shattering transformation scene, An American Werewolf in London set the gold standard for which all other werewolf films strive to be with Film School Rejects calling “a quintessential horror text when it comes to both lycanthropy and practical effects.” This UHD release includes a brand new 4K restoration completed by Arrow Films from the original camera negative. Special features include documentaries, audio commentaries, interviews, and limited edition 60-page, perfect-bound book featuring new writing by Craig Ian Mann and Simon Ward, archival articles, and original reviews.

Come Drink With Me, one of the most significant martial arts films of all time, comes to Blu-ray on March 22. King Hu’s film about a group of bandits that kidnap the governor’s son and demand their imprisoned leader be set free in exchange helped to catapult martial arts films to the mainstream and launched Cheng Pei-pei as a star. The film is notable for its outlandish action sequences, many of which are choreographed to resemble dance. Hu went on record to state he chose Pei-pei as his female lead because of her background in ballet, noting that his stylized fights were “always keyed to the notion of dance.” This release marks the film’s Blu-ray debut.

Kaizo Hayashi’s acclaimed directorial debut, To Sleep So as to Dream, closes out the month of March with a Blu-ray release on March 22. When her daughter Bellflower (Moe Kamura) goes missing, an aging silent film actress (Fujiko Fukamizu) hires a private eye (Shiro Sano) and his bizarre assistant (Koji Otake) to track her down. This surreal fantasy is regarded as one of the most impressive works of cinema to come out of Japan in the 1980s. Referencing the country’s rich cinematic history and featuring cameos from a host of veteran talent, To Sleep So as to Dream is a must-see for fans of Japanese cinema. The Arrow Blu-ray release will be the film’s first home video release outside of Japan and features a brand-new restoration of the film supervised by Hayashi. Special features include a new audio commentary track, new interviews, and more. The first pressings of the release will include an illustrated collector’s booklet.