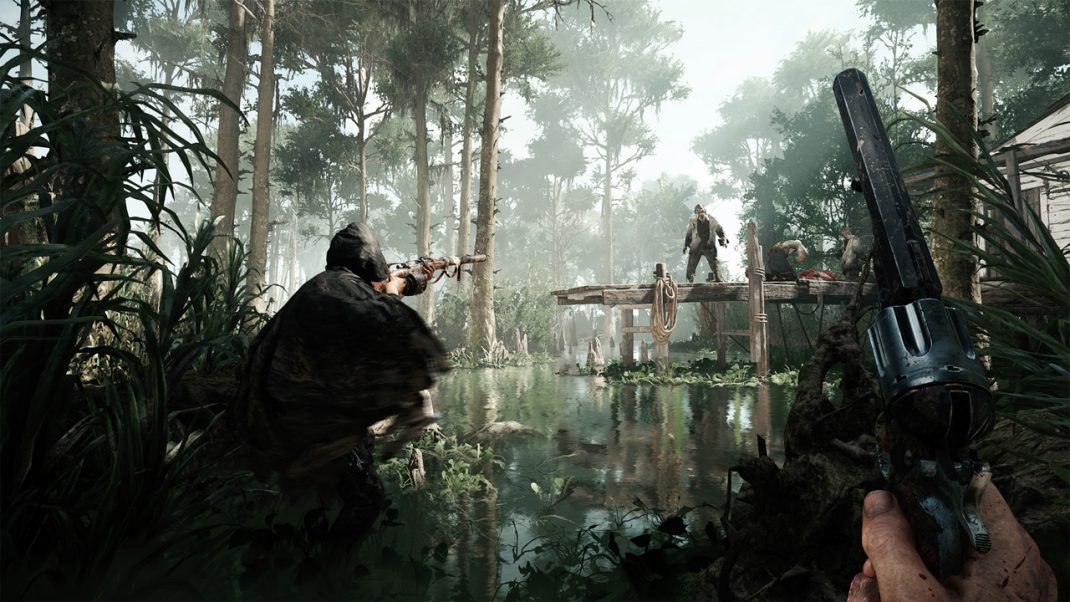 Diehard fans and new players alike are invited to jump into the bayou and celebrate Hunt: Showdown’s fourth anniversary since its original release in early access. To mark this milestone, Hunt: Showdown is thanking the community with bonus Twitch Drops in-game content, as well as new artwork and a special anniversary sale on Steam.

There has never been a better time to join Hunt’s more than 3.5 million unique players, a number that continues to grow year-on-year. The bayou is a strange and dangerous place – just ask the 1,595 people killed by doors or 276 killed by horses – and everyone’s invited to the anniversary celebrations by hunting down bounties… and each other.

Fatih Özbayram, Senior Producer for Hunt: Showdown, said, “The whole team has worked really hard over the past four years to make Hunt a special experience for everyone. Every match tells a unique story, and that’s why people come back to the bayou again and again.

“We’re constantly looking to keep the game fresh with updated content and events – over the past year we’ve added a new map and new boss, and held events including Light the Shadow and As the Crow Flies – and we can’t do that without our amazing and welcoming community. By putting players first and listening to what they want from Hunt, we’re able to create a gaming experience that is truly special.”

The Twitch Drops campaign, which includes four Legendary Weapons and a Legendary Hunter for use on PC, Xbox and PlayStation, starts February 23 at 10 a.m. ET and runs until Tuesday, March 1, at 10 a.m. ET. Drops are open to all – simply watch your favorite Hunt: Showdown Twitch streamers to start collecting free rewards.

Hunt’s new key art branding, reflecting its unique PvPvE gameplay, will appear across all Hunt: Showdown channels and will be available to players to download as wallpaper.

New to Hunt? Check out our social media channels (YouTube|Twitter|Instagram) to view the 50 Ways To Die videos, which give some hints and tips on what not to do, and our Beauty of Hunt video, which will go live soon showcasing some of the incredible locations and scenery that’s waiting to be discovered.

PC players can grab Hunt: Showdown plus four DLCs for 65% off as part of the Anniversary Bundle, available on Steam until Thursday, March 3.