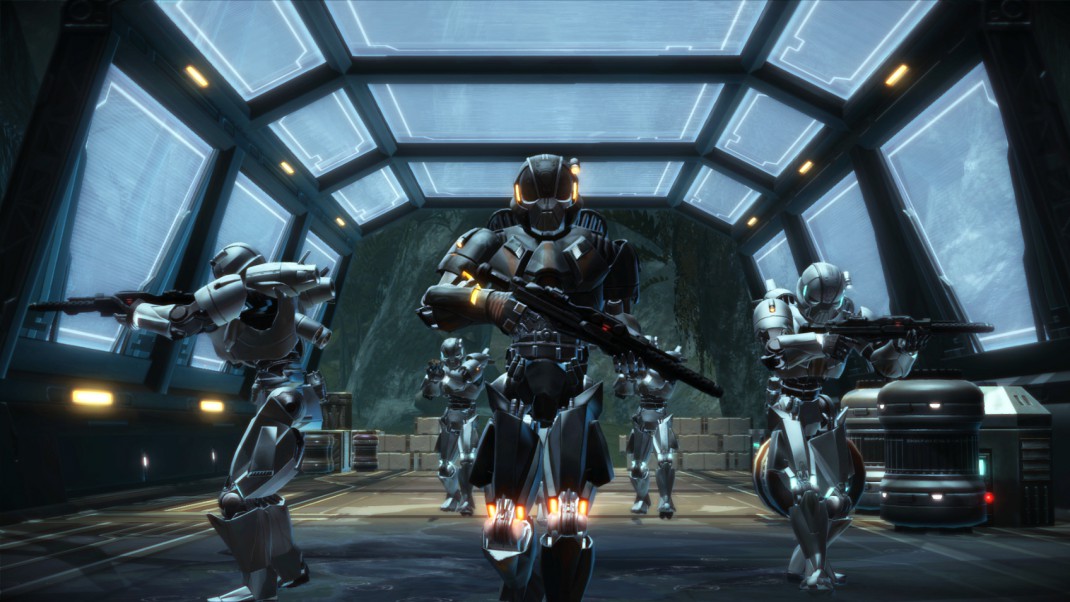 Star Wars: The Old Republic ‘Legacy of the Sith’ Expansion Out Now

Electronic Arts Inc. (NASDAQ:EA) and BioWare today launched Legacy of the Sith – the latest expansion for Star Wars™: The Old Republic™, continuing the 10th anniversary for the beloved and popular story-driven MMORPG that has given players worldwide an opportunity to live out their very own Star Wars™ story. Legacy of the Sith is the latest major content expansion available to all subscribers in an ever-evolving gameplay experience which features brand new story campaigns, the ability for players to customize their characters at an intricate level, and an array of quality-of-life upgrades aimed at making the game more accessible than ever before. Star Wars: The Old Republic 10th Anniversary Celebration will run throughout 2022 and continually introduce new content, events, updates and more.

“For over 10 years, Bioware has done an incredible job continuing to tell amazing stories and build incredible worlds and characters in Star Wars: The Old Republic,” Douglas Reilly, Vice President, Lucasfilm Games. “We couldn’t be more excited to continue to evolve and expand this iconic Star Wars experience with the team.”

In celebration of the launch of Legacy of the Sith and 10 years of Star Wars storytelling through the game’s action-packed CG trailers, BioWare and Lucasfilm Games have collaborated on a new cinematic launch trailer setting the stage for the events of the expansion. The Legacy of the Sith launch trailer introduces a new Jedi Padawan, Sa’har Kateen, who must face off against the traitorous Darth Malgus and the events of her past in order to stop the rogue Sith Lord from taking his sinister plan into its next phase.

“At the heart of Star Wars: The Old Republic is BioWare’s best-in-class RPG storytelling which gives players the uncanny ability to live out their very own Star Wars story during a truly epic time in the galaxy,” said Charles Boyd, Creative Director on Star Wars: The Old Republic at BioWare. “Alongside an incredible community and the Lucasfilm Games team, we’ve invested the last 10 years growing and evolving the game and its story into a unique, fully customizable and sprawling Star Wars journey. As we set out to launch this next chapter with Legacy of the Sith, we are thrilled to offer new and veteran gamers and Star Wars fans the best experience yet with much more to come.”

The story of Legacy of the Sith builds upon Star Wars: The Old Republic’s dynamic plot and ongoing war between the Galactic Republic and the Sith Empire, allowing players to advance their level to a new cap of 80. Players will adventure to the aquatic planet of Manaan on a campaign to discover the insidious plans of Darth Malgus – the game’s antagonist whose secret plans could spell doom for both the Jedi and the Sith. Legacy of the Sith brings with it new collaborative missions as well, including a 4-player Flashpoint set in a ruined Sith Fortress on the remote planet Elom.

Legacy of the Sith introduces the brand-new Combat Styles feature, which allows players to independently choose a specific origin story they love and combine it with their preferred tech or Force-wielding ability sets. Additionally, Loadouts increase players’ ability to customize their playstyles and gear with a single click.

In the year ahead during Star Wars: The Old Republic’s 10th Anniversary Celebration, BioWare will continue to release a variety of new content and updates to the evolving game. The new Operation, R-4 Anomaly, will have players explore the remains of a deep space research station inhabited by a cabal of exiled Sith when it launches later this year. Players can also look forward to additional UI updates, new player vs player (PvP) revamp, new Galactic Seasons, new encounters, tech modernizations, new visual improvements and more.

For more information about Star Wars: The Old Republic – Legacy of the Sith please visit www.swtor.com and join the conversation on Twitter.