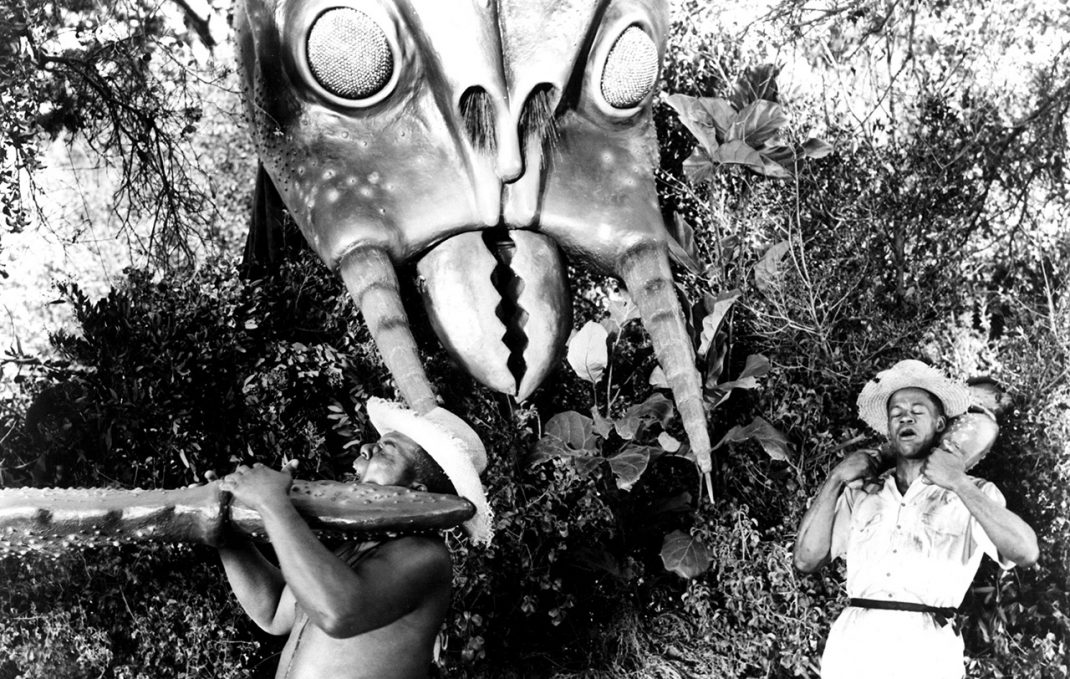 From the era of giant bugs and atomic testing comes this low-budget howler about mutant wasps. When scientists try to understand the effects of radiation on earth creatures, the result brings them to an area of Africa known as “Green Hell,” where wasps have mutated into monsters! 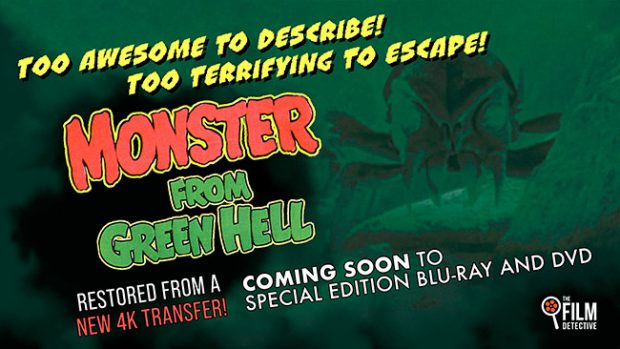 Jim Davis, who later starred in the TV series Dallas, plays Dr. Quent Brady, the scientist who starts the whole mess. The film also stars Vladimir Sokoloff (The Life of Emile Zola, Mission to Moscow) as the skeptical Dr. Lorentz and Joel Fluellen (Raisin in the Sun) as Arobi, who warns Brady to beware of the African location. The locals don’t call it “Green Hell” for nothing! Monster From Green Hell was co-written by Louis Vittes, famed writer of the classic I Married a Monster From Outer Space.

The special-edition release features a stunning 4K transfer, including both widescreen (1.85:1) and full frame (1.33:1) versions of the film. Monster From Green Hell comes as the latest in a series of collaborations between TFD and The Wade Williams Collection.

BONUS FEATURES: Missouri Born: The Films of Jim Davis, an all-new career retrospective with author/film historian C. Courtney Joyner; The Men Behind the Monsters, an essay by author Don Stradley featured in a full-color booklet; and commentary with artist/author Stephen R. Bissette.

Monster From Green Hell will be available on Blu-ray ($24.95) and DVD ($19.95) March 8 or fans can secure a copy by pre-ordering now at: https://www.thefilmdetective.com/monster-from-green-hell